Where hurricanes are born 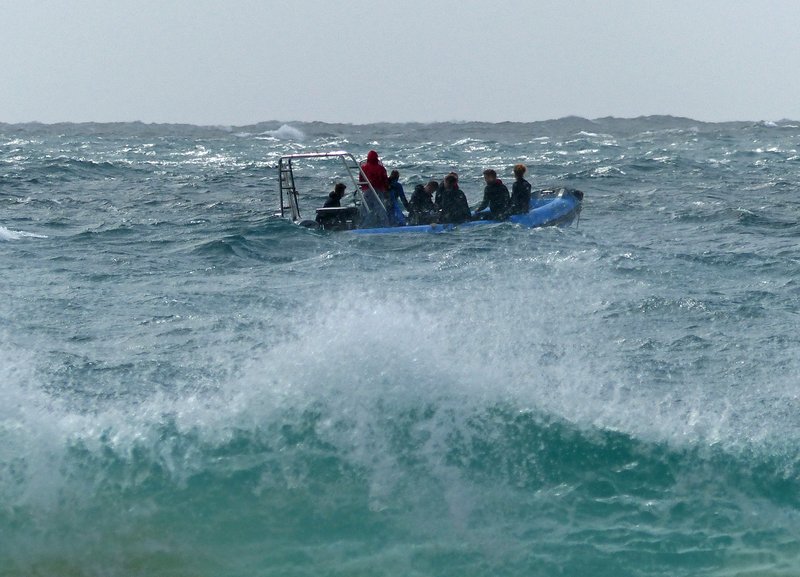 We awoke to another very windy day. It is in the Cape Verde islands that some of the most notorious hurricanes of the Caribbean have their origin, so it is perhaps not surprising that days here can sometimes be windy. Wikipedia explains:

'The average hurricane season has about two Cape Verde hurricanes, which are often the largest and most intense storms of the season due to having plenty of warm open ocean over which to develop before encountering land or other factors prompting weakening. A good portion of Cape Verde storms are large, some setting records. Most of the longest-lived tropical cyclones in the Atlantic basin are Cape Verde hurricanes. While many move harmlessly out to sea, some move across the Caribbean sea and into the Gulf of Mexico, becoming damaging storms for Caribbean nations, Central America, Mexico, Bermuda, the United States, and occasionally even Canada.'

It is also perhaps not surprising that the world kite surfing champion, Brazil’s Mitu Monteiro, runs a renowned kite school on Sal, nor that the first world championships were held here, in 2011. 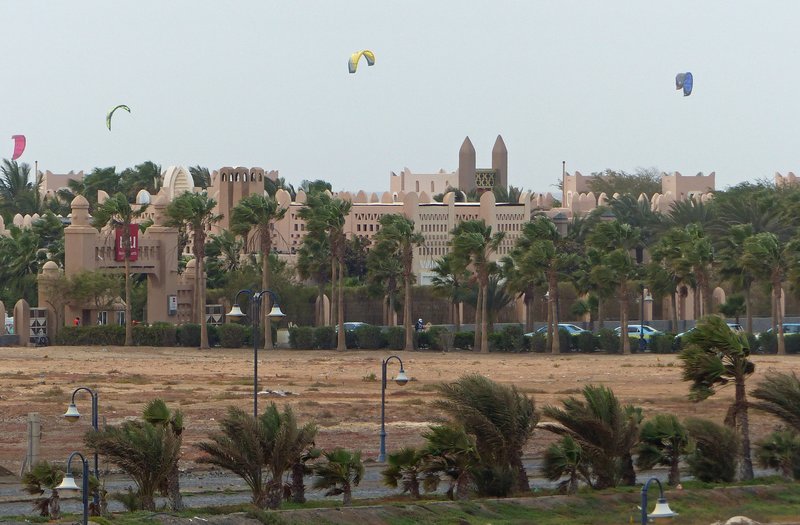 View of kite-surfers from our room 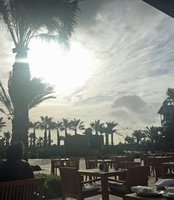 After a good breakfast from the extensive buffet at the Sal Hilton, enjoying the views of the palm trees and cheeky crumb-seeking sparrows but somewhat buffeted by the wind, we decided that a walk on the beach was the best way to fill the few hours before we were to be picked up for our short flight to Santiago. 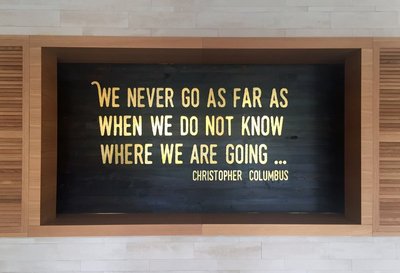 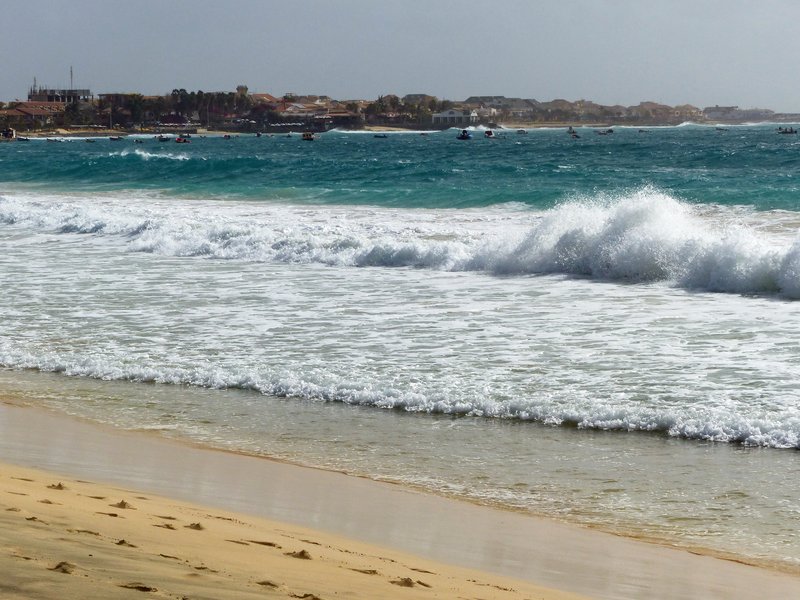 The beach near the Hilton, looking towards Santa Maria 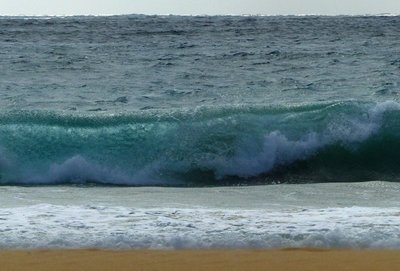 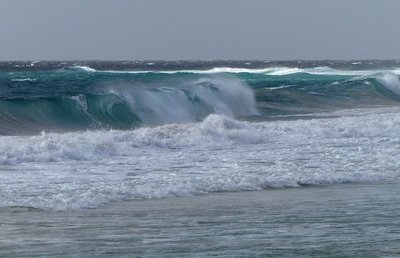 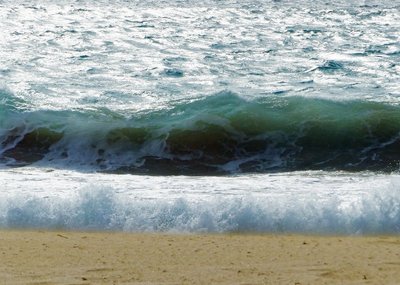 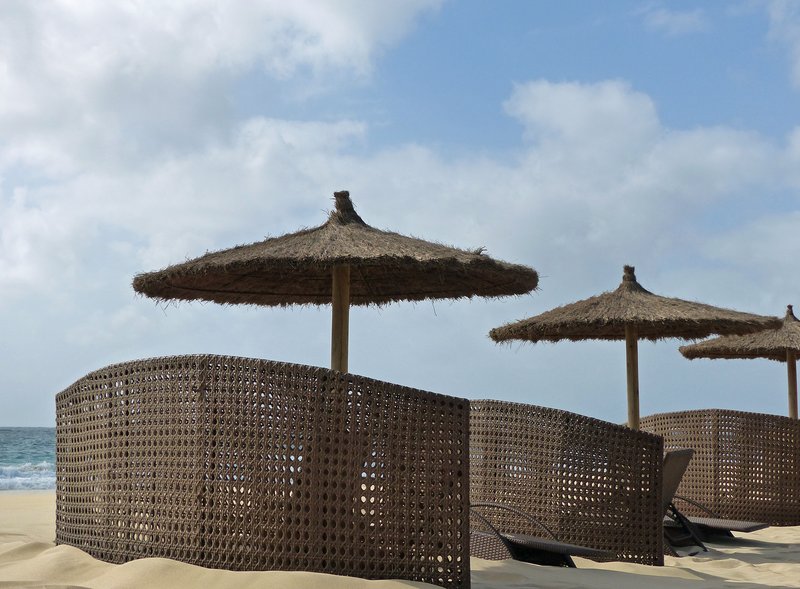 Windbreakers on the beach

The strong winds however made both walking and photographing difficult, whipping up particles of sand that stung our faces and raised concerns about camera lenses, so after a while we retreated to the relative shelter of the hotel grounds and enjoyed a good cup of coffee at the poolside bar there. 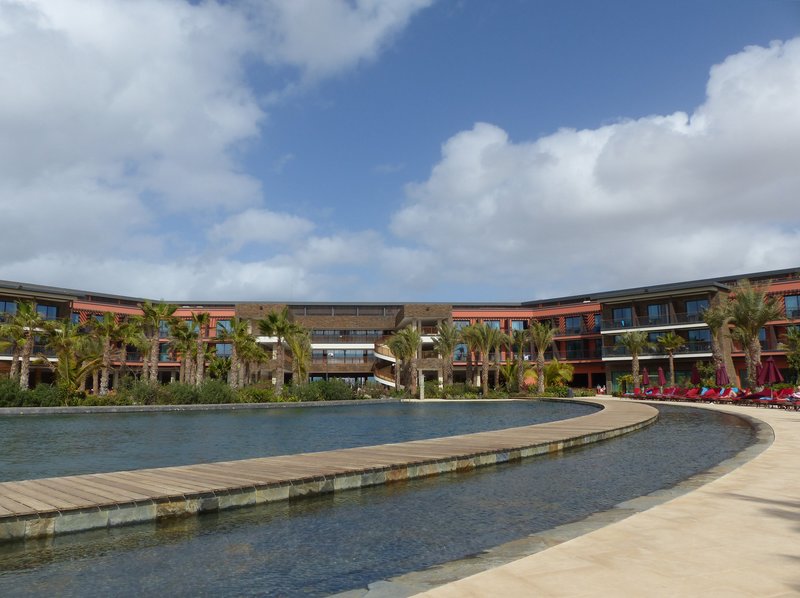 Late in the morning we returned to our room to pack the few things we had taken out of the suitcase for this brief stay on Sal, and checked out. Our taxi arrived bang on time to take us to the airport for our flight to Praia on Santiago, but after that any notion of punctuality began to slip a little. The flight was delayed by about an hour so we had a rather dull wait in a domestic departure lounge devoid of any facilities other than seats! 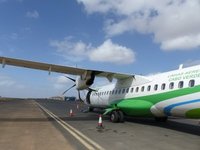 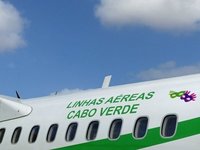 Our plane to Santiago

When we did board, it was a smallish propeller plane ATR72 operated by Binter, the national inter-island carrier. There were some good views of Sal on take-off but we were soon in the clouds. Despite the short flight duration (37 minutes) the crew served a snack of still or sparkling water and a bag of salted peanuts and corn. While I know some people may be nervous of such small planes I rather like them and the stronger sense of flying that they give. 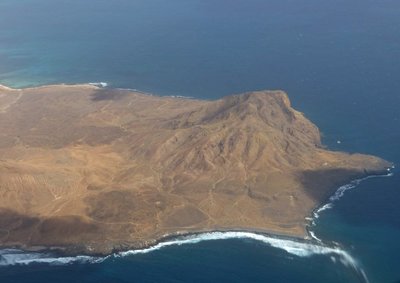 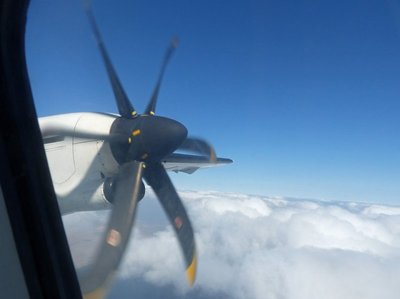 Up in the clouds 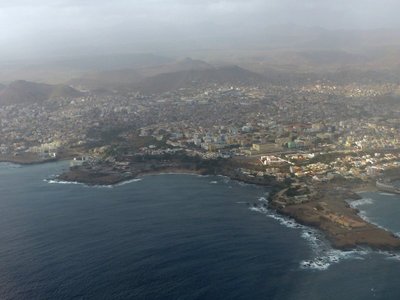 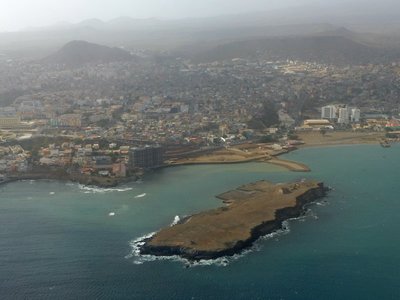 We were met on arrival by a rep from the local travel company, Barracuda, and drove the short distance to our hotel, the Perola. In contrast to the Hilton in Sal, this is very much a city hotel rather than a beach resort, though it does have a nice rooftop pool. Unfortunately, the wind had followed us here, so there would be no swimming today at least.

We checked in to our comfortable room, decorated in a modern style with the inexplicably trendy frosted wall between sleeping area and bathroom. We spent a bit of time catching up on messages, which meant sitting in the lobby as the room WiFi was poor. 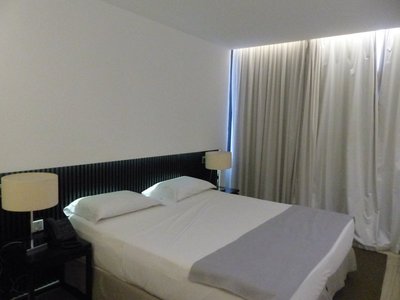 Our room at the Perola 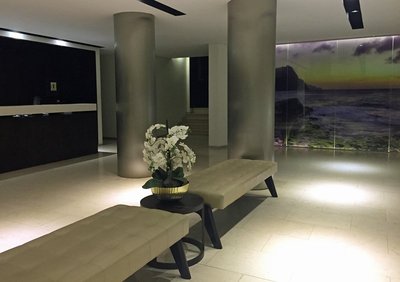 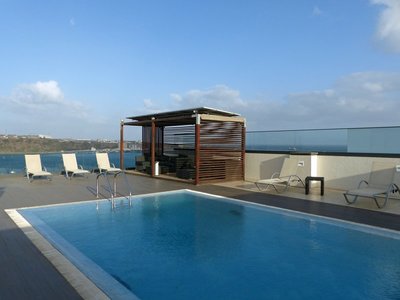 Rooftop pool at the Perola 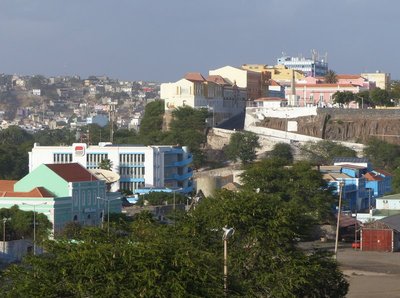 View towards Praia from the hotel roof

In the evening we went to the restaurant next door to the hotel, Gamboa – a casual restaurant obviously popular with locals. Like a lot of restaurants here it specialises in fish, but there were meat dishes too, which pleased Chris as he’s not over keen on fish. We skipped the starters as we were brought a generous basket of crusty bread for the cover, along with herby soft cheese. I wanted to have the swordfish but this wasn’t available (as seemed to be the case with a number of dishes) so I chose cod instead, but was disappointed to find that this was the dried bacalau version and far too salty for my taste. I only ate a little but did enjoy the accompanying potatoes, as did Chris his beef and chips (his first choice of turkey also being unavailable). 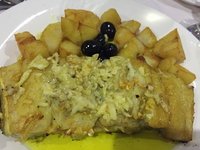 When the waiter noticed my barely touched fish he kindly offered to bring a replacement, suggesting one of the other fish dishes on the menu, but I declined, as by this point Chris had finished his beef. My dessert of lemon mousse, while not being very mousse-like in texture, was sharp and refreshing and Chris also liked his fruit salad, but the best bit of the meal was probably the bottle of vinho verde we drank with the food, the same Gazela I had enjoyed in the Algarve when at the VT meeting there.

When the bill came I discovered that I hadn’t been charged for the cod - a very nice gesture and one which we rewarded with a generous tip. So overall a rather pleasant evening.

I always used to like small planes and helicopters (when I was in the army), even though I can't stand commercial airliners today.

Thanks, as always, for stopping by and commenting Don - much appreciated

I love the little prop planes too. When I was very young, my father rented a small plane and pilot to take me up and see my grandparents farm from the air. I was amazed at how tiny the cars and people were from the air. It's one plane ride I've never forgotten . . . although I'd love to forget a couple more recent ones.

Nice photos and story. I never like flying in those small prop planes. The pool top roof seems to have nice views of the ocean as well.

Thanks Sally and John. I think the prop planes are like Marmite - love 'em or hate 'em

That flight over your grandparents' farm must have been a great experience for a small child Sally! And yes John, good views from that roof for sure, right round the bay

Like you, I am also rather partial to small planes. Love the opening picture of the boat and the waves.