Of lakes and waterfalls

A day tour from Puerto Varas 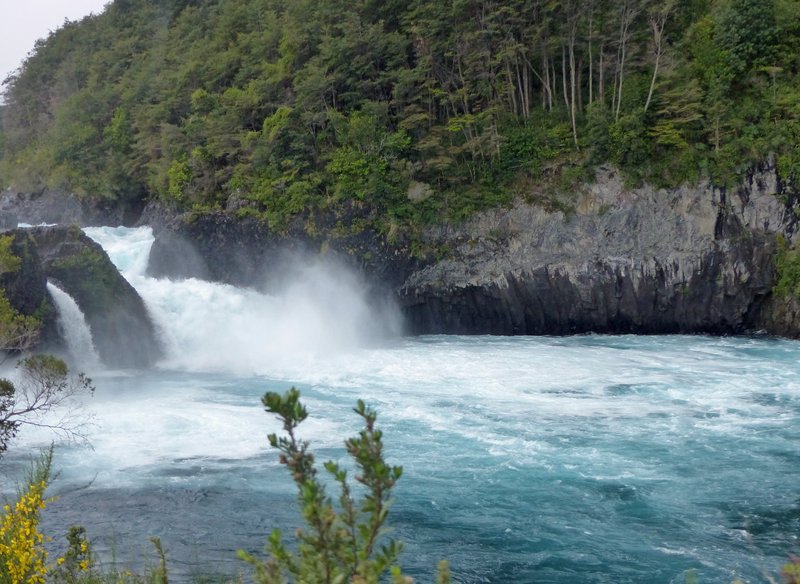 On our first day staying in Puerto Varas we did a day tour with local company Turistour. It was a convenient way of seeing a few of its highlights in very limited time, although not up to the standard of the private tours we took in Chile, or indeed of the group ones elsewhere (to the El Tatio Geysers in the Atacama Desert, and several on Rapa Nui). The tour took us to Petrohué Falls in the Vicente Perez Rosales National Park and to Lago Todos los Santos where we had a catamaran cruise to Peulla on the far side of the lake.

I loved the falls, but the weather wasn’t ideal for the boat ride as it rained constantly, and there was nothing to do for the three hours we were in Peulla apart from eat the included lunch because we hadn’t be told in advance that we would have to pay for add-on excursions there so weren’t carrying enough cash (although given the weather I’m not sure we would have enjoyed the ride in an open-sided vehicle, while the zip-lining and horse-riding options were off altogether). I would have preferred to have had to pay for lunch (as what they provided was way more than we would normally have at that time of day) and have some sort of activity included.

Despite these reservations, we were pleased to have had the opportunity to see something of the wonderful scenery around the lake, albeit very limited because of the rain and low cloud. On a sunny day it must be very beautiful indeed.

Petrohué Falls in the Vicente Perez Rosales National Park are an essay in dramatic colour contrasts, with milky green water tumbling over black lava. I was a bit disappointed when our tour bus first pulled up here as the rather large entrance building was a bit off-putting for what is after all a natural, not man-made, sight. But I needn’t have worried, as once through this with its inevitable shopping opportunities (where, to be fair, the goods seemed to be high-quality), we found ourselves on a natural path that would through the forest towards the falls. An easy walk of about ten minutes brought us to the water’s edge, where walkways lead over the rocks to views of the falls. These are scenic rather than spectacular, and for me it was that contrast with the black lava that made them so. The first part you come to is a narrow channel, as seen in my first photo: 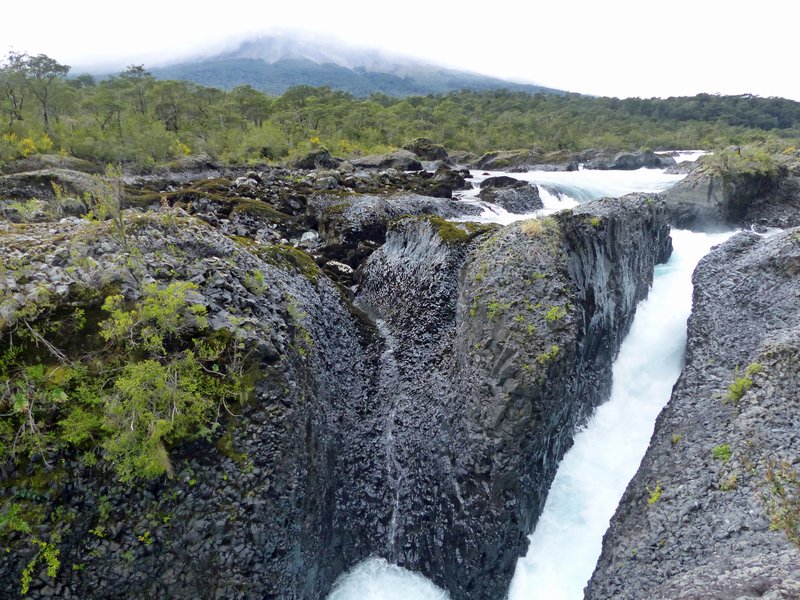 A little way beyond this viewpoint, which has Volcan Osorno as a backdrop (barely visible when we were there, as you can see in the photo), you come to a wider stretch of river where the water tumbles over rapids and down a short fall: 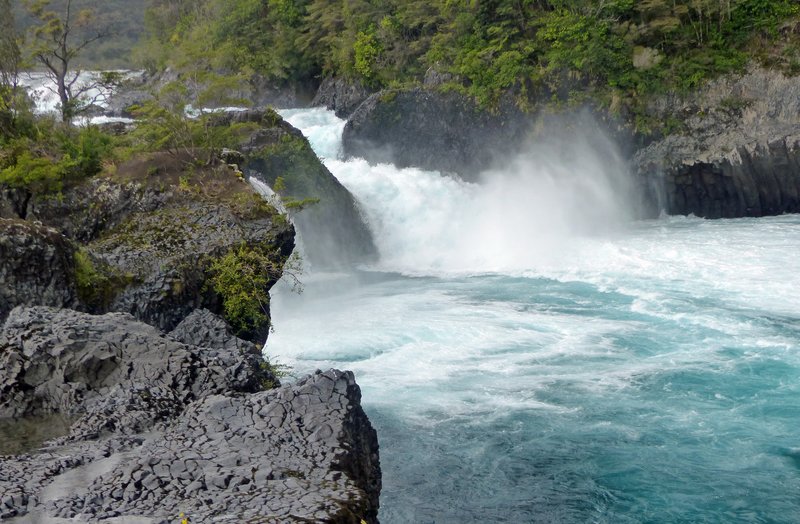 The dampness here creates a lushness in the surrounding landscape, where trees drip with mosses and a variety of wildflowers flourishes. 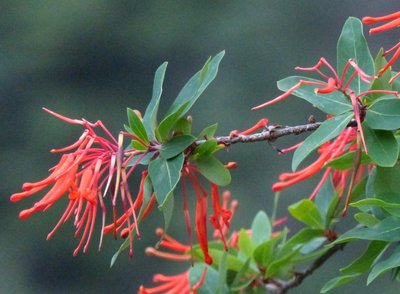 Our tour in the Vicente Perez Rosales National Park also included a catamaran cruise on Lago Todos los Santos from Petrohué to Peulla and back. The company responsible for these cruises, Cruces Andinos, provide them as part of a package which allows tourists to travel between Chile and Argentina, or vice versa, by boat and bus across the Andres, but it’s also possible to do as we did and take the cruise as a return trip on the lake as part of an excursion from Puerto Varas.

The boats are modern and comfortable, with plenty of interior seating (which we appreciated on the wet day when we made the trip) as well as room out on deck for photo-taking. The lower deck has a small coffee shop where you can buy various refreshments as well as souvenirs of your trip (postcards, Cruces Andinos baseball caps etc.). There’s also a tour desk where those who want to can book to do various activities in Peulla such as a canopy tour or horse-riding. We hadn’t been warned that these were available for an extra fee so hadn’t brought a large amount of cash, but in any case, the weather was too poor for these to be very appealing. So instead we relaxed and enjoyed the ride and what we could see of the scenery.

The one way trip from Petrohué to Peulla took about 90 minutes and we had three hours at Peulla before the return trip back to Petrohué. We had planned to take a walk in the area immediately around the Hotel Natura Patagonia, where our included lunch was served, but with steady rain falling throughout our time here we instead sat longer than usual over lunch and then relaxed in the hotel’s rather nice lobby. We also befriended the rather lovely hotel cat – although in truth he took little befriending as he was happy to sit on the lap of any tourist willing to make a fuss of him!

When the rain abated we did take a little walk outside and enjoyed taking some photos down by the lake before our return trip. The rather gloomy weather then came into its own, giving us some atmospheric shots – although it would have been nice to have seen more of the scenery surrounding the lake too. 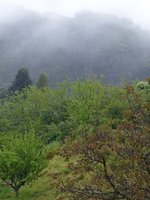 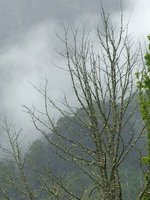 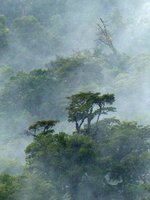 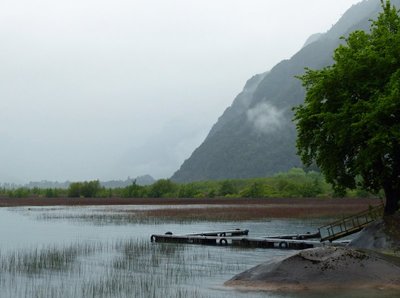 Although we didn’t stay at the hotel here, and therefore I haven’t reviewed it, we did enjoy the cosy lobby with its welcoming log fires and rustic furniture. The restaurant where we had lunch has large picture windows overlooking the gardens. The food was OK if nothing special and I imagine that if you like to get away from it all an overnight stop here en route between Chile and Argentina (or vice versa) would be very relaxing.

Apart from the hotel there is very little here, and the population is just 120 (not including hotel guests, naturally). These inhabitants rely on the lake for transport and access as there are no real roads to the village. I have to say that in our very limited wanderings we didn’t see any buildings other than those belonging to the hotel so it’s possible that all these 120 people are hotel employees! 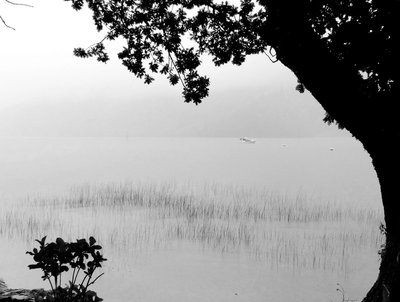 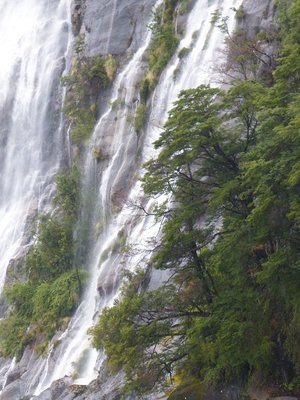 On our return trip the captain made a short stop at a waterfall that tumbles straight into the lake at one point (quite near Peulla) - I haven’t been able to establish the name of these falls nor which river feeds them. Apart from this the journey back to Petrohué was a simple retracing of our route out, but as the weather had improved a fraction we were able to see a little more of the scenery and get out on deck to take more photos.

Although we couldn’t see its full beauty, the time we spent out on the waters of Lago Todos los Santos was one of the highlights of our day out in the Petrohué area. This lake is also often also known as Lago Esmeralda (Emerald Lake) and even on a dull day you can see the greenish tint to the water. The lake has a surface area of 178.5 square kilometres and is surrounded for the most part by temperate rain forest. A limited number of homes are dotted around the lake shore – the commentary on the boat explained that although building a house in a national park isn’t allowed in Chile, these families were permitted to stay when the Vicente Perez Rosales National Park was created in 1926. They rely totally on the water for access to and from their homes and will signal to the cruise boats if they need a lift to Petrohué in order to go shopping, visit a doctor or friends, or for any other purpose.

There are a few small islands on the lake, the only significant sized one being Isla Margarita. Three volcanoes watch over the lake – Osorno, Pontiagudo and El Tronador (The Thunderer), although we saw nothing of the latter two and only a brief cloud-shrouded glimpse of Osorno as we returned to Petrohué late in the afternoon. 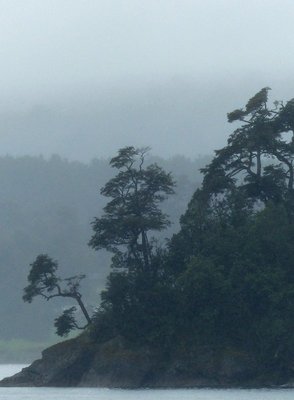 The lake was named by Jesuit missionaries, the first Europeans to discover it, which they did on All Saints’ Day in 1670 when searching for a pass through the Andes. Both Jesuit and Franciscans used this route to travel to Argentina just as modern-day travellers do, although in their case it was to avoid hostile tribes rather than to enjoy the scenery! As well as the cruises offered by Cruces Andinos the lake is popular with recreational boaters, fishermen and hikers.

Although disappointed by the weather and frustrated in our attempts to see the volcanoes, we nevertheless enjoyed our boat trip and I loved the challenge of capturing something of the beauty of this region which shone through the rain and mist. 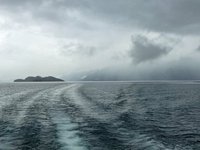 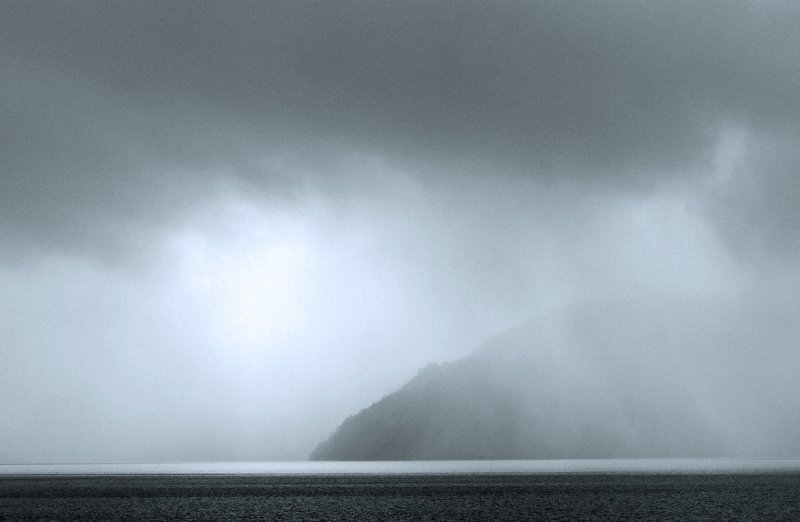 Thanks Don. I would have liked better weather as in photos I've seen the scenery around this lake is stunning, but we made the most of it and still had a good day out.

More rain to follow in the next entry btw ...

Sarah, I'm looking forward to your further postings.
I haven't started posting anything anywhere, mainly because of being busy with course preparation for the spring semester. I still have two trips from last year (Belfort and Oldenburg) that I never got around to writing up for VT. As I mentioned, I am still considering setting up a WordPress blog through SiteGround, but haven't decided yet.

Sarah, you certainly made the best of poor weather conditions. Some lovely photos here.

Thanks Albert - I enjoyed the challenge!

A pity about the weather, at least you have captured some nice mystical shots, I really like them.
I had the thick smoke to contend with so the Andes were often hidden.
My tour was similar, only I went to the Osorno Volcano after the falls, that was really good. I loved the falls though, so pretty.

Thanks Dee. Although we were disappointed with the weather at the time, on reflection I think it rather enhanced the photos as it lifted them out of the "chocolate box" category - although it would have been nice to SEE the volcano!