A morning in Puerto Varas 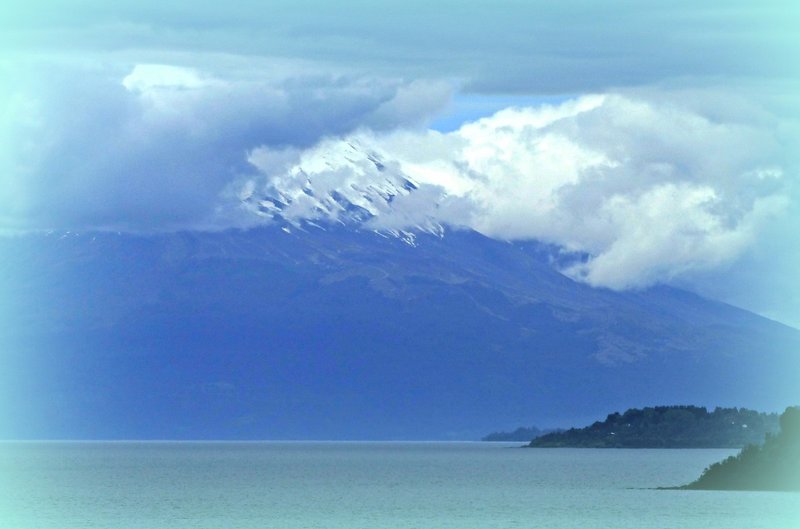 Volcan Osorno emerges from the clouds

Having spent most of our time in Puerto Varas travelling out of the town to see other sights in the region, we luckily found ourselves with a free morning on the day of our departure in which to explore the town itself. 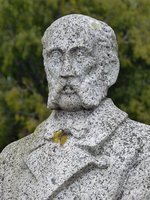 Puerto Varas has few if any sights, but it's a pleasant town in which to spend some time. The distinctive shingled houses are very photogenic as are the views of the lake and volcanoes (on a clear day!) The small main square, inevitably named the Plaza des Armas, won't detain you for long, but the covered craft market next to it is worth a quick look and there are plenty of other shops if you have money to spend – for the most part selling either souvenirs or outdoor clothing.

Down by the water a pier juts out into the lake, with a small tourist information booth and plenty of benches where you can relax and enjoy the views. In a little triangular patch of green opposite this is a statue to Vicente Perez Rosales, a Chilean politician who was instrumental in developing the colonisation of this region by German immigrants (a nearby national park is named for him).

The main street, Del Salvador, leads away from the waterfront and uphill, passing the turning for the town’s main sight, the wooden church of the Sacred Heart, Sagrado Corazón, which dominates the scene from its hilltop location. We planned to go here, we really meant to go here … but somehow our free morning in town slipped away and the church remained unvisited and unphotographed. Instead we pottered around the town centre, browsed the Feria Artesanal and craft market, and took lots of photos of the old wooden buildings. We also went into the casino – not to gamble but to see a small art exhibition they were hosting. The exhibition was disappointing but the toilets here are well worth the detour! 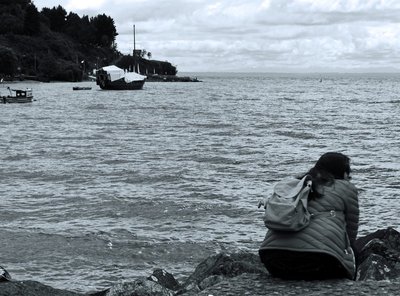 One of the things I most liked about Puerto Varas were the shingles I saw everywhere. No, not the disease, which I understand can be very painful, but the building style! These are flat wooden tiles which are used as a facing material on walls, overlaid to allow rain to run off. In a region like this one, where trees are a plentiful source of building material, it is unsurprising perhaps that shingles should have become popular. But what surprised and delighted me was the variety of shapes used, with each building seemingly having its own variation. 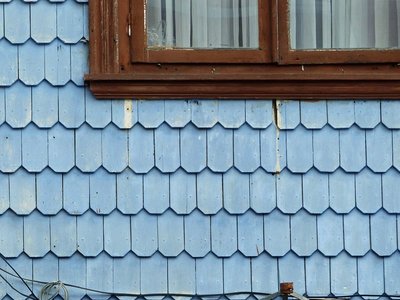 All my photos were taken on or near Del Salvador, or in the streets around our hotel – Imperial, Del Roasario, Mirador. Whether brightly painted or old and weathered, I loved the patterns they made. 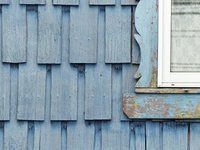 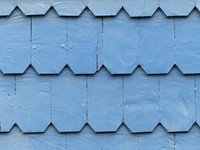 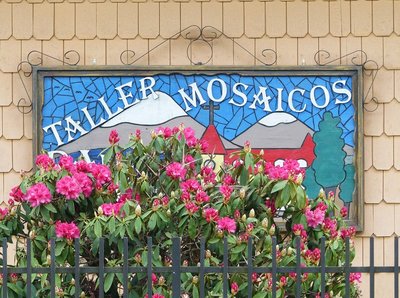 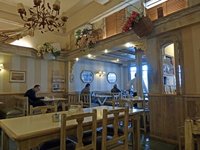 Jorge, our guide on the previous day’s visit to Chiloe, had mentioned that Café Danes had the best Apfelstrudel in town, so while exploring on our last morning we took our coffee break here. We found a cosy atmosphere with a mix of locals of all ages and a sprinkling of visitors such as ourselves. The coffee was fresh and good, and you can also get the Chilean staple of a tin of Nescafé plus hot water, although why anyone would choose that over real coffee I cannot imagine – but they do! The cake portions looked large so we shared the Strudel and thoroughly enjoyed it. If we had stayed here longer I would have gone back to sample other cakes as they looked delicious.

You can also get light meals here such as soup, sandwiches and empanadas. It would be a great place for breakfast if staying somewhere that doesn’t provide that, and also for a reasonably priced informal lunch or dinner – a good all-round option in fact. The one drawback to be aware of is that they don’t accept plastic, so you’ll need to pay cash.

On the western side of the Plaza des Armas we found a large marquee which was providing shelter for a fair-sized craft market. This was very much a local affair – local people selling the items they themselves make, with some of them producing their goods as they sat at their stalls. Although tourists like ourselves were browsing the displays, many of those visiting the market seemed to be friends of the stall-holders or other locals, spending part of their Saturday morning here. While we didn’t buy anything, this market would be a good source of reasonably priced knitted goods such as hats and mittens, as well as little trinkets, fashion jewellery and even clothing. 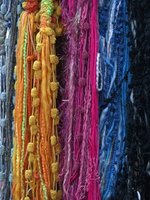 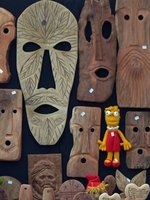 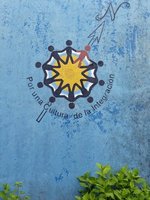 Across the street is the Feria Artesanal, a selection of small shops around a grassy square. Items here are naturally more expensive but still struck me as reasonable, and I was very tempted by an alpaca jumper although in the end resisted that temptation! This little complex is permanent but I am unsure whether the craft market is held any day other than Saturday – although the marquee was certainly there on other days.

Lunch at the Puerto Café 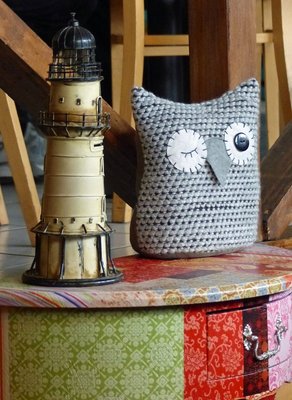 We were attracted by the cosy and rather quirky décor of this café so chose it for lunch on our last section which was a pleasant place to eat. The menu seemed quite extensive, including a set lunch menu, but as that was for several courses and we only wanted a light meal we didn’t order that. Instead we both chose something from the short “Mexican” section of the menu. I use the inverted commas advisedly, as there was nothing Mexican about my tortilla wrap or Chris’s cheese and ham quesadilla apart from the outer layer – no heat, no Latin flavours. They were pleasant enough though if all you were expecting was a sandwich, and I found mine improved with a few shakes of the hot sauce I found on the table.

Service was a bit slow but not unusually so for Chile, although had we arrived after the tour group that was waiting outside as we left it could have been considerably worse I suspect. I didn’t note what we paid for our lunch but it wasn’t expensive – however I think you could probably do better than eat here.

After lunch it was time to make our way back to the Hotel Cumbres where Jorge was to meet us for our transfer to the airport, from where we would be heading further south, into Patagonia.

I like the way you have arranged the photos here. The site seems to offer considerable flexibility in that regard.

It does Don, although it's taking me some time to get to grips with all the possibilities. And it's a bit fiddly, as the finished piece never comes out quite like the preview!