We head for the hills

The road to Munnar 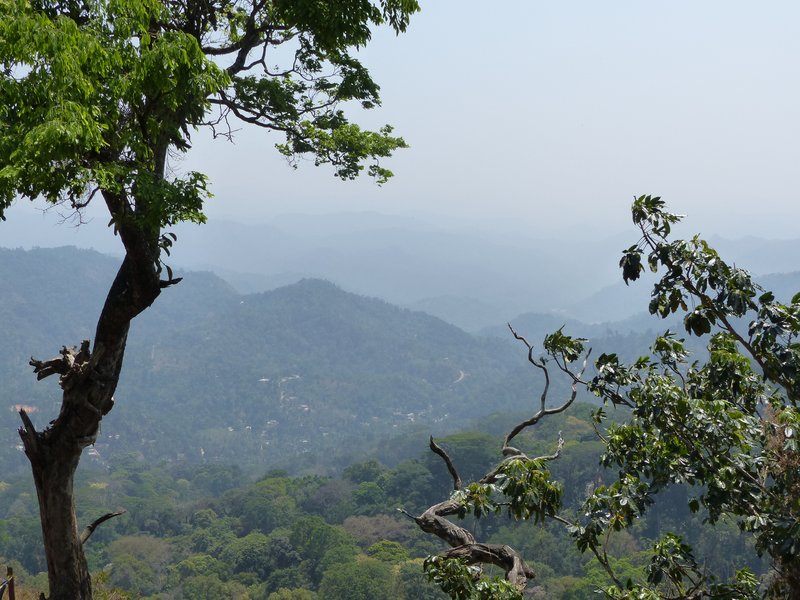 After two nights in Cochin it was time to move on. Our driver Unni picked us up after breakfast and we headed for the hills - literally! Kerala can be regarded as consisting of three parallel environments, running north to south down the state - the coastal strip and backwaters, where the emphasis is on fishing and trade; the slightly higher agricultural strip where pineapples, bananas and a variety of other crops are grown; and the so-called High Range, part of the Western Ghat, where tea, coffee and spices predominate. We were headed for the latter, but of course had to cross the middle strip to get there!

The road to Munnar runs east from Kochi, passing through several small communities and a couple of larger towns. Unni pulled over in a couple of spots to show us the crops that grow here - rubber trees, tapioca, bananas, pineapple. As the road started to climb we stopped for a short while to have a cold drink, and then it was on up into the mountains. The road became increasingly winding, resulting in a few hairy moments with overtaking drivers, but Unni drove well and (by Indian standards) very sensibly. 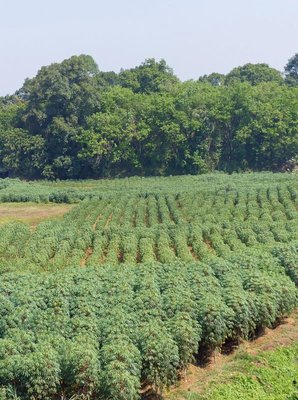 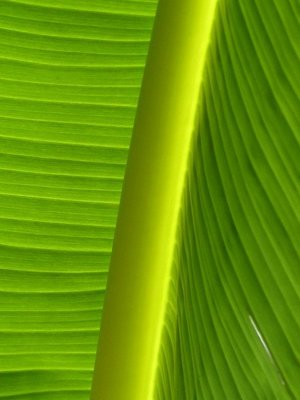 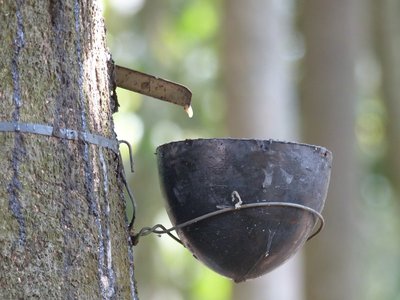 We passed a couple of waterfalls which in the wet season would be pretty considerable in size but today were just a trickle. We stopped at a smaller one that was rather livelier - so much so that a group of locals were enjoying splashing around in a pool beneath. This being India, they didn't seem to mind at all that we stopped on the bridge above to take their photos - indeed, they waved and posed for us! 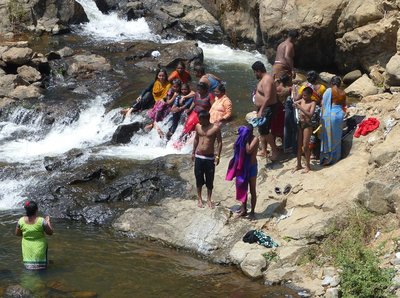 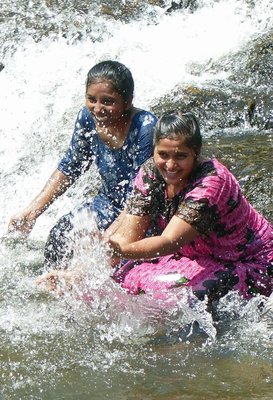 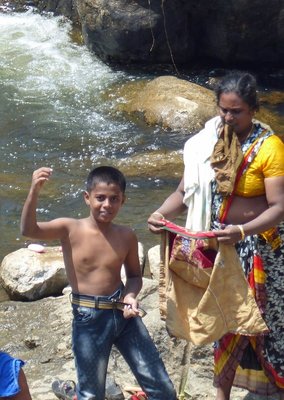 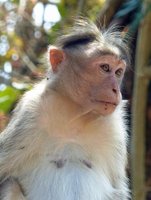 A little further on we stopped at a viewpoint where the main attraction proved not to be the view so much as the family of three monkeys (Mum and two little ones) that came along and also posed for us. 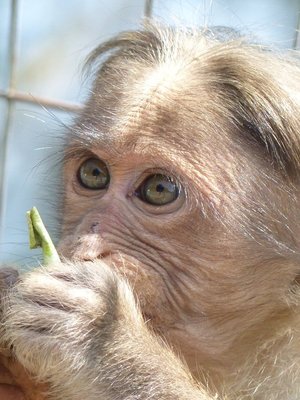 By now we were in tea country and the hillsides were covered in the squat bushes. A further viewpoint stop on the side road to our hotel, Bracknell Forest, gave us a chance to photograph the scenery. This last bit of road was a challenging drive for Unni - narrow, winding, occasionally pot-holed. But at last we arrived at our destination, about five hours after leaving Kochi. 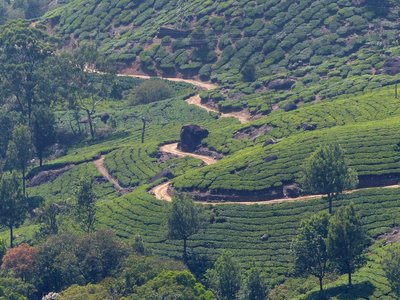 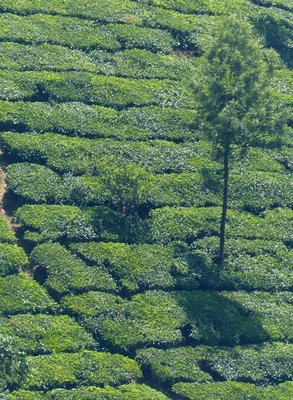 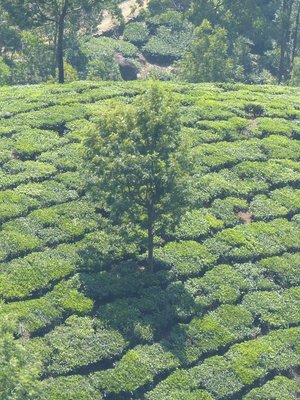 This small hotel (just 11 rooms) is situated among the trees about 10 kilometres from Munnar and makes a good "get away from it all" base in this region. It comes though with a few privations - you will be restricted to eating dinner here (too far to go anywhere else with ease) and as they operate on such a small scale you will be asked to order that meal in advance (at around 6.30 when the restaurant will call your room to take your order). Not that we found this a problem, and the food we had here was tasty enough, if not fancy - I can recommend the mushroom pilau rice in particular. And although they don't have a license to serve alcohol they will helpfully, if given enough notice, send a tuk-tuk to the government shop in Munnar to buy in a few beers for you, as long as you're happy to pay the cost of fetching them (about 20 rupees per trip). 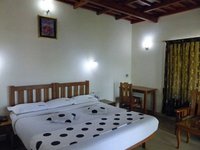 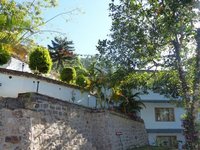 Our room at Bracknell Forest, and view upwards to our block

Rooms are staggered up the hillside and we had one of the upper ones, 206. It was a really good size, as was the bed, and we had a balcony where we could relax and enjoy the sound of birds in the trees. The air is fresher here than at the coast and sitting outside a real pleasure. With nothing planned for this first afternoon here we took full advantage of the opportunity to chill for a few hours and enjoy the sense of living in a treehouse. 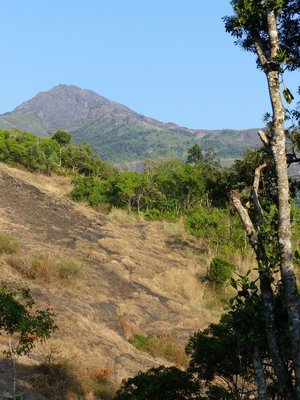 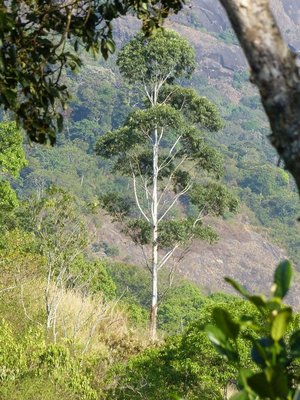 Views from our balcony


Evenings here are necessarily low key. There is no bar so apart from dinner you will find yourself spending time in your room. But with these being generous in size there is plenty of room to relax, a TV should you want to watch (we didn't) and pretty reasonable wifi given the remote location.

I love the tea terraces on the hillsides.

So did I Albert! Couldn't stop taking photos lol