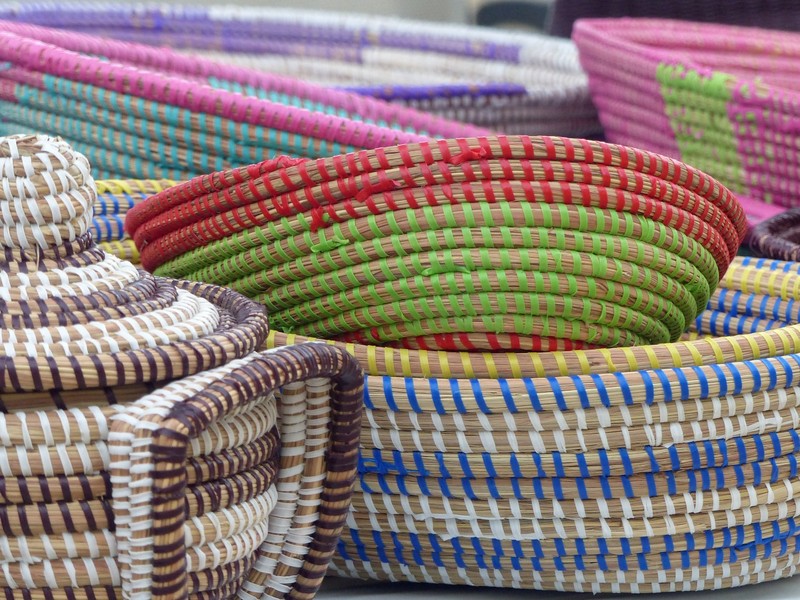 Baskets for sale in the hotel giftshop

We were due to be picked up for our transfer to the airport at 13.15 and had planned a leisurely breakfast followed by a walk on the beach to pass the time till then. However …

We awoke to grey skies and rain. This is supposed to be the dry season in Cape Verde but clearly no one had told the weather gods that. Luiz, our guide on Santiago, had told us that last year in what was meant to be the rainy season, it hadn’t rained at all, so maybe it was making up for lost time now. No doubt the people of these islands need rain, but this light drizzle won’t help their crops grow and meanwhile was keeping holiday-makers away from the beach bars, boat trips etc. from which many locals derive their income. So, bad news all round.

For us though it wasn’t too bad, as we had no significant plans beyond that walk, which we could easily do without, and at least it meant the idea of going home to face the tail end of an English winter was more palatable. And of course we could still do the ‘leisurely breakfast’ element of our plan, so we sat over various items from the hotel’s extensive buffet offering, some better than others - OK orange juice but poor coffee, good rolls but dry bread, tasty cheese, eggs fried and omelettes made to order.

We whiled away the morning making the most of the hotel’s good WiFi to upload photos, send emails etc. Our transfer taxi arrived early and we were at the airport by around 13.30. Check-in was much quicker than when we had flown from here to Santiago a few days earlier but there the good news ended. Security was slow, and once through into the departure lounge we found it full of passengers and with only very limited seating.

Luckily the small courtyard next to the café had space on one of its benches for us to eat the sandwiches we bought there, and eventually an earlier flight boarded and we could get seats in the main lounge area. At that point it became clear that our flight wouldn’t be departing on time at 16.00, as it was already nearly that time. No information was provided at the airport, with screens only showing what flights were boarding, but an online search (using the free but slow WiFi) told us that the inbound flight had been delayed by about 45 minutes, which explained the hold-up. 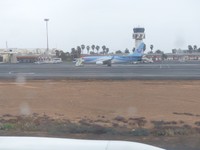 Sal airport in the rain

Eventually we took off an hour late, just after 17.00, but with the welcome news that a strong tailwind would shorten our flight considerably - and was presumably the reason for the inbound delay.

As it turned out, we landed at Gatwick only five minutes behind schedule, at 23.20, and were pleased to find short queues at passport control and our suitcase only the third to emerge on the baggage carousel. So we were soon on our way from North Terminal to South, to check into the Hilton for the night, where we had stayed before leaving on this trip. On this second visit we were slightly less happy with the hotel. Admittedly we arrived late at night but I had warned the hotel on booking that this would be the case. On checking in we were told that the only rooms available were an accessible room in a possibly noisy location or a family room with bunk beds in addition to the bed. We took the latter to avoid the risk of noise, but the extra beds made the room cramped. As we had booked some weeks in advance I felt we shouldn't have been treated like walk-ins and forced to take 'the only available room' - the type of room we had reserved should have been available for us. 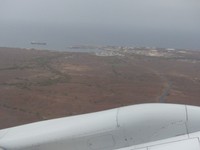 Still, we were tired, and we were after all just using the room to sleep in rather than face a late night journey home, with all the cost and hassle that would entail. And after a good night’s sleep the hotel breakfast, which we had decided to indulge in while waiting for rush-hour crowds to clear, was very good apart – from the coffee which was tasteless!

After this we checked out and headed home, another holiday behind us and ready to cope with the final few weeks of an English winter. While it hadn’t been the holiday of a lifetime, and the weather had been a little less good than we had anticipated, it was a lovely break.