The morning after the meeting before

From Kempten to Munich … and home

All good things come to an end … 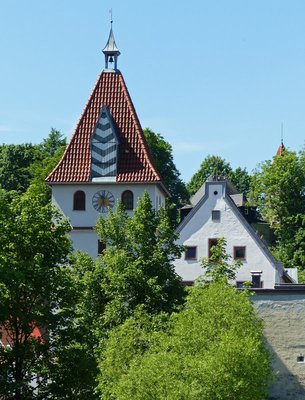 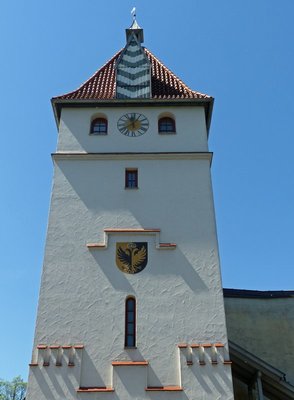 The Illertor, near our hotel 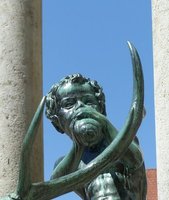 The morning after the meet officially ended I enjoyed a leisurely breakfast with Bernd and Jon, discussing possibilities for next year! I followed this with an equally leisurely coffee in the hotel garden with Kirsty and Ann, before taking a final stroll around the nearest part of the old town, by St. Mang's church, where I was able to get the photos of the fountain, the Mang Brunnen, which had been hard to capture on previous visits to the square. 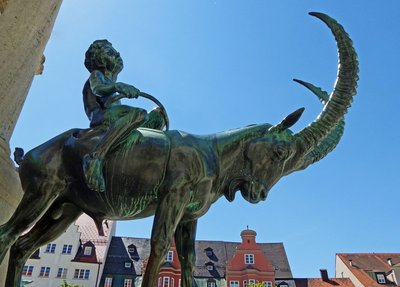 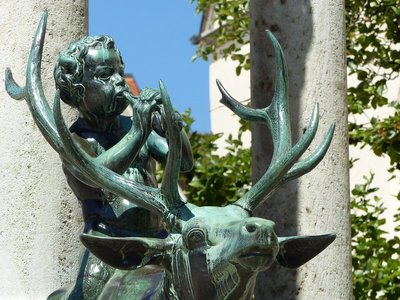 I took quite few more photos in and around this part of town. The Illertor, above, is a 1990 reconstruction of Kempten's eastern gate, one of nine that punctuated the city's defense walls in the past. I also found some pretty details on the houses on St. Mang Platz and the surrounding streets: 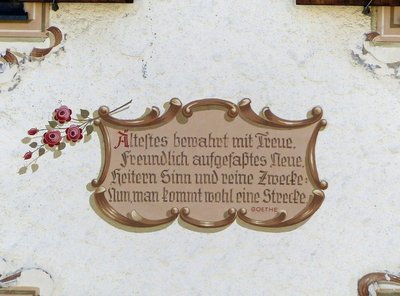 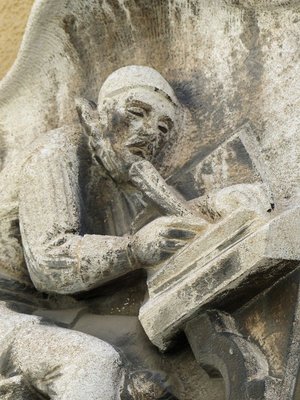 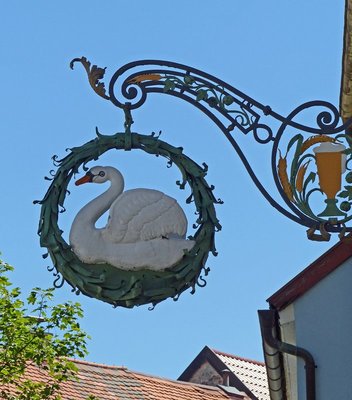 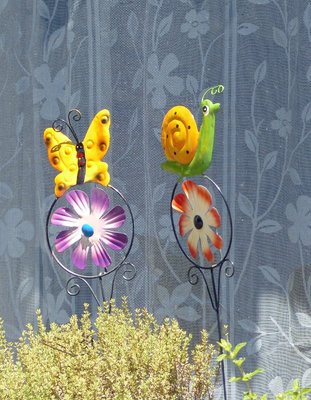 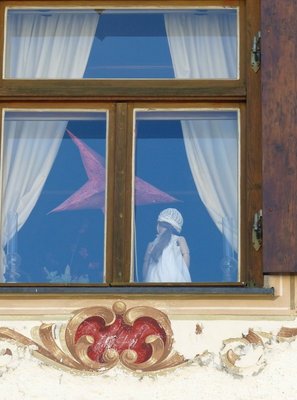 I strolled as far as the Rathaus, taking a few last photos there, before retracing my steps. 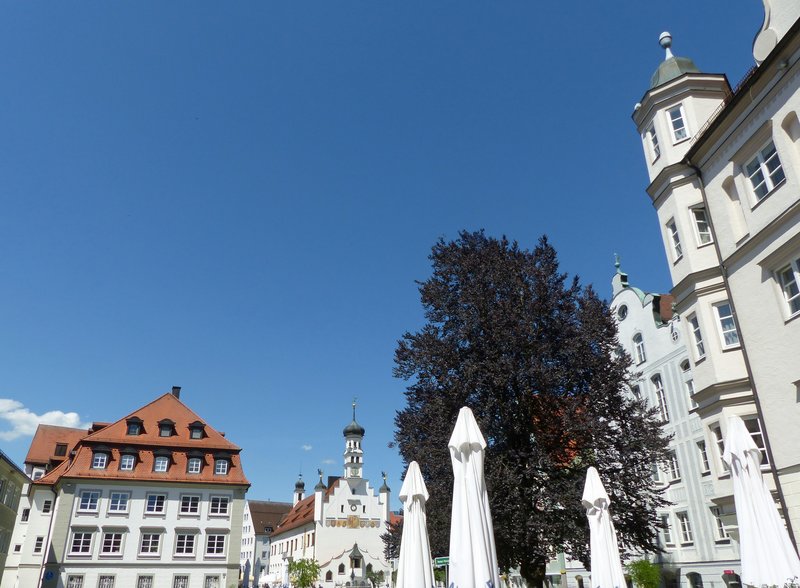 
A group of us met for lunch in the café by the river opposite the Bayerischer Hof (Hamptons Summer Bar). The terrace here has lovely views of the old town and we enjoyed our panini and cold drinks in the shade of its umbrellas – much-needed on this very hot day. 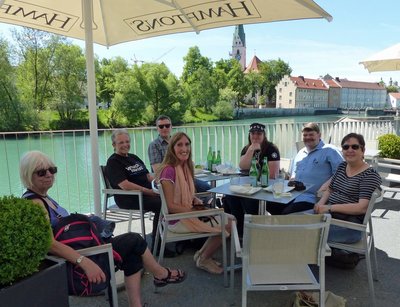 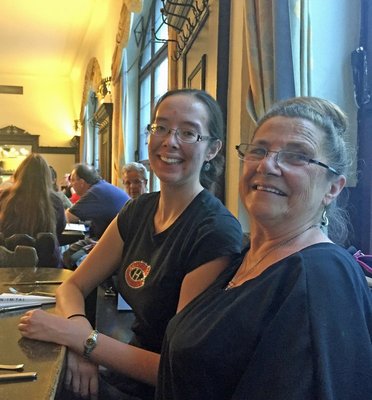 Those of us leaving today then took a taxi to the station and the train to Munich. We got into the Hauptbahnhof at about 16.40 and walked the short distance to the Hotel Stachus on Bayerstrasse. My room there was not a bad size for a single and had a double bed, though the shower opening directly into the room was an odd feature and the bathroom floor was heated - unnecessarily so given the 30+ degrees temperature!

In the evening about 15 of us met at the Schneider Weisses Brauhaus for dinner where I enjoyed the local beer, an unusual beef Schnitzel and some ice cream with fresh strawberries. After we had all said our farewells for this year Yvonne and I took a taxi back to the hotel. Some would be meeting for a city tour tomorrow but for me this year's Euromeet was officially over. 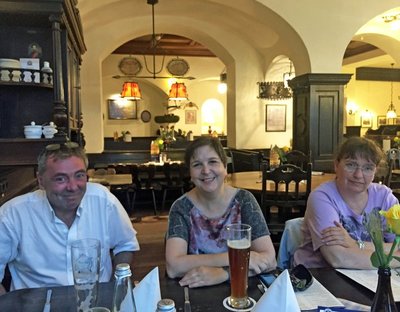 In the Schneider Weisses Brauhaus

The next morning I had breakfast in the hotel (a reasonable buffet although not as good as the Bayerischer Hof had been, and served in far too warm a restaurant!) After checking out of the hotel I met up with Kirsty for a coffee in Coffee Fellows next door to the hotel – this seems to be a Munich chain, very much on the lines of Starbucks.

Then it was time to head to the airport. We walked down to the Hauptbahnhof and successfully negotiated ticket purchase and validation before boarding the S1 (Schnellbahn). The journey to the airport took about 40 minutes. On arrival Kirsty and I went our separate ways as she was departing from Terminal Two and I from Terminal One.

With plenty of time to kill I had a leisurely lunch with some nice white wine and took advantage of the unlimited free wifi. I had been a little concerned that my flight with BA might have been affected by the huge problems they’d had over the weekend with a total IT failure, but fortunately by now all seemed to have settled down and we departed only 15 minutes late.

That time was made up en route so I landed as expected at 17.30. Chris was at Heathrow to meet me – I was home!

This Euromeet was a great success, thanks of course to Christian who organised everything so well but also to everyone who came, determined that the closure of the Virtual Tourist website would not mean the end of our gatherings nor of our friendships. Already there are offers from members to host the 2018 meet, and plans are in place for us to vote on the options. Once the venue is chosen we can all start to look forward to meeting up again next year, and hopefully for many more to come.