A US road trip begins

Off to the Pacific Northwest!

Before any of our US road trips I tend to do a lot of research and planning, identifying the main sights we would like to see and the most interesting route between them.

For this trip to Washington State, our main priorities were to visit the national parks. We are huge admirers of the US national parks system and like to get to as many as possible. We like wild coastlines, so the Olympic NP was a must, as were the San Juan islands. And I love mountain scenery, which meant that Mount Rainier and the North Cascades parks had to be added to the itinerary. Flying into and out of Seattle meant that we included a day in the city at the start and end of the journey, and from there the route came together quite easily. 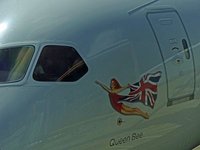 Our plane at Heathrow

If we're expecting places to be busy, as we were on this trip (travelling just after the July 4th holiday), we pre-book most if not all of our accommodation. On this occasion there were also ferries to book and, to be sure we would get to go on one, a whale watching excursion.

Eventually though, the planning (which I very much enjoy) was done, and the day of departure was here. We flew direct from Heathrow to Seattle with Virgin Atlantic, on a nice new Dreamliner with relatively comfortable economy seating, good service and decent food (special mention for the paneer curry and chocolate ganache!)

The 9.5 hour flight passed relatively quickly. For the last couple of hours we had wonderful views of the landscape below - first the barren tundra of northern Canada, later the Rockies and then, as we approached Seattle, the North Cascades and finally Mount Rainier standing guard over the city. 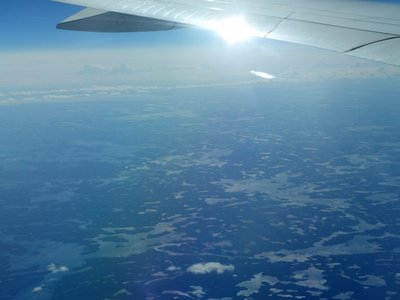 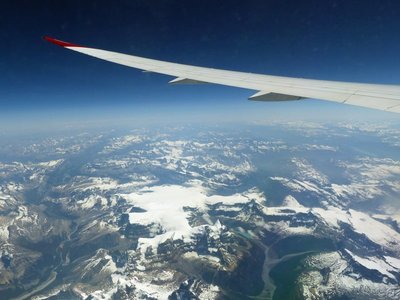 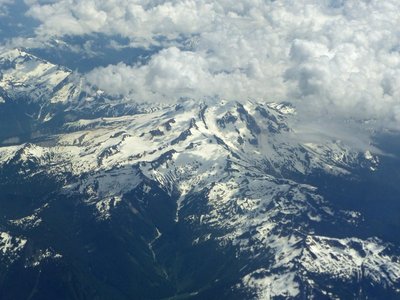 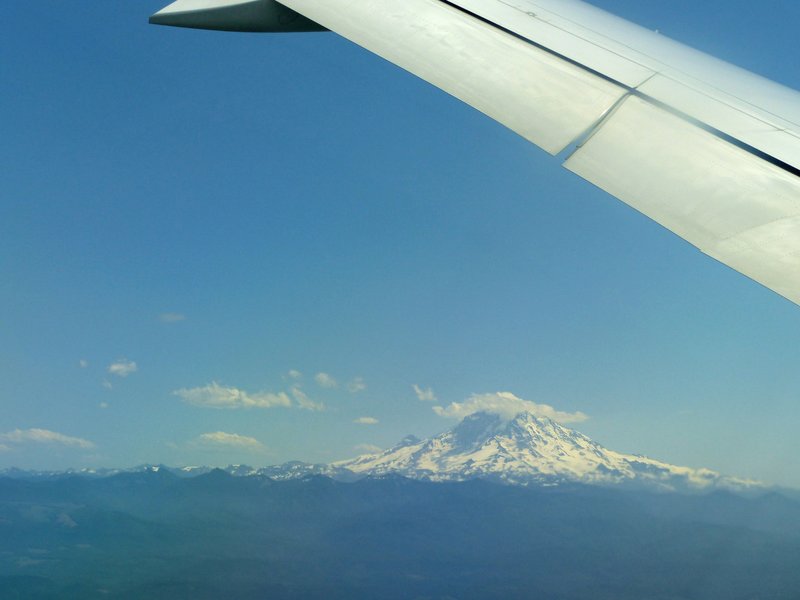 Border control, baggage claim and customs all went smoothly and took much less time than on some previous visits to the States. We used the Light Rail Link to get from the airport to downtown which, once we'd found the station (a long trek through a car park) was easy, good value ($3 each) and took just 30 minutes. 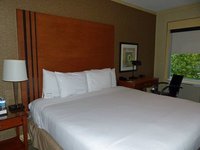 We alighted at University St and hauled our bags up the short steep hill to 4th Ave and our hotel, the Executive Pacific. OK, I have to be honest here - Chris hauled our bags and I plodded up behind him.

The hotel is situated right opposite the striking Central Library in the heart of downtown. I had got a fairly good deal on Booking.com so we had a king room, which was comfortable but with its décor rather faded and tired-looking. It was fine for the two nights we spent there however. We unpacked, and settled in.

In the evening, the eight hour time difference naturally started to catch up with us, but we fought the tiredness and went for dinner at the nearby Purple Café. Despite it being a wine bar though, neither of us drank wine! Chris had a beer while I stuck to a soft drink (that time difference again). Our meals were excellent - Chris's lamb sausage pizza and my spaghetti with pesto and cherry tomatoes. The two main courses and two drinks came to $50 plus service - fairly standard for Seattle. 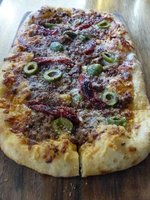 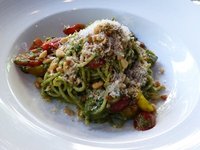 At the Purple Café

Dinner over, it was back to the hotel for an early night in readiness for our first full day of the trip tomorrow - Seattle awaited ...