Now that jacarandas are in bloom …

Day one in Chile 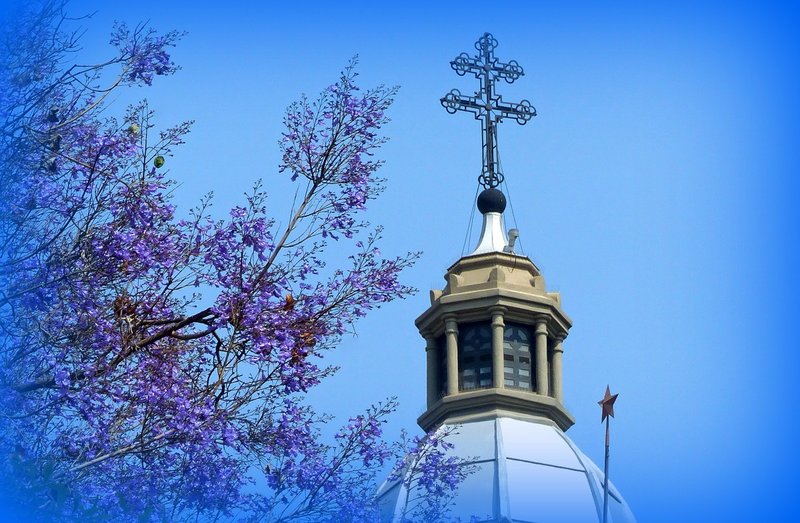 Santiago is perhaps the most modern and therefore least historically interesting of South America’s capital cities, and many visitors to Chile linger no longer than they have to before heading to the country’s more celebrated areas. But 40% of Chileans live here, and the city they call home has a lot to offer – an appealing mix of older and more modern buildings, a wonderful setting between the mountains of the Andes and the Cordillera de la Costa, some excellent restaurants and varied and lively neighbourhoods known as Barrios. Plus – a bonus – we came when my favourite jacaranda trees, found all over the city, were in bloom. 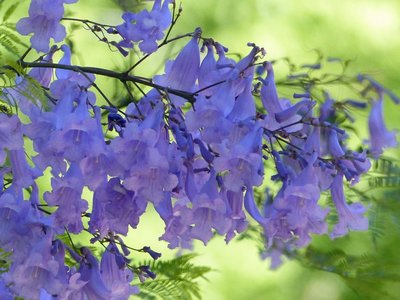 Jacaranda in the Parque Forestal

From my research I knew that the city would hold enough to interest us for a short visit as well as giving us a chance to settle into Chile a bit before starting to explore further afield, so we planned on a few nights here at the start of our trip. We also found ourselves overnighting here either side of our journey to Rapa Nui, always in the same (excellent) boutique hotel in the attractive Barrio Providencia.

As it turned out we still didn’t have time for everything on my sightseeing list (as is usually the case!) and poor timing meant that we missed out on the acclaimed Museo Chileno de Arte Precolombino (we had left it till our final morning and realised too late that this was a Monday when all Santiago museums are closed). But we had fun exploring the Plaza de Armas and surrounding streets and nearby Mercado Central. We climbed the small hill of Cerro Santa Lucia, a city-centre park, photographed the street art of the appealing Barrio Lastarria, checked out the views from South America’s tallest building and enjoyed some very good dinners in the restaurants near our hotel.

We flew to Santiago from London Heathrow with the Columbian airline Avianca – not our first choice (I would have preferred KLM) but the best value by far for our dates. It was a two leg journey via Bogota. The first stage was on what seemed to be a pretty new Boeing 787, with relatively good leg room in our economy seats - just as well, as it was an overnight flight and I was able to snatch a couple of hours sleep (unusual for me on a plane). Before that dinner had been served - unremarkable apart from a rather nice slice of Bakewell tart packed with large juicy cherries! Just before landing a breakfast of scrambled eggs with mushrooms and bacon, or cereal, was served.

We landed ahead of schedule in Bogota, at about 2.30 AM local time. With a wait of almost five hours we were glad to find that although most of the shops and services were closed, Juan Valdez (a Columbian version of Starbucks) was open and helpfully not only accepting US$ but also giving change in them. And being Columbia the coffee was excellent! The airport also has free unlimited wifi which helped pass the time.

The second flight, on an Airbus, was also on time and relatively comfortable as we scored the extra leg room seats immediately behind business class. We had some great views as we flew over the westernmost area of the Amazonian rainforest but unfortunately were seated on the wrong side to properly see the high Andes during the second half of the flight (sit on the left-hand side for these). 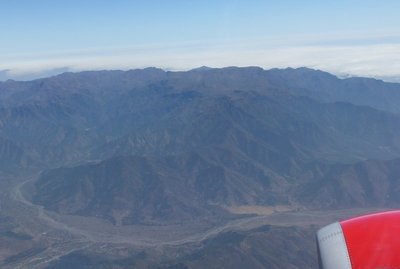 Arriving at Santiago's airport everything ran smoothly - short queues at passport control and prompt baggage delivery. One incident made us smile. Chile has strict rules about bringing any foodstuffs into the country and arriving visitors are asked to complete a declaration form. I had ticked "no" to the question about whether I was carrying any fruit, veg etc. As you go through customs your bags are screened and I was a bit surprised to have mine taken aside and be asked to open it. I assumed it was a random check, but clearly the official had seen something on the X-ray to concern him as he knew exactly where in the case he wanted to rummage. Was it a stray apple or grapefruit? No, it was the massage ball I use to relieve my aching leg muscles when these are playing up!

We had arranged a transfer to our hotel and were met as we exited customs by Arturo and Juan Carlos who drove us the fairly short distance to our base in Providencia - about a 20 minute drive. Altogether our journey from door (in a west London suburb) to door had taken about 24 hours.

Casa de Todos: our friendly and comfortable base in Providencia

I had read good things about this boutique hotel in Santiago's pleasant residential district of Providencia, and it didn't disappoint. The friendly welcome we got on arriving, after a very long journey, set the tone for a very nice stay. We liked our room a lot (number five, and, as they are all also named for colours, the Blue or Azul room). It was on the first floor overlooking the street, but this is so quiet that it wasn't a problem, and we liked the view of palm trees in the garden immediately outside. The room was a generous size as was the bed and the bathroom. The latter had a rain shower head over the tub and two wash basins. In the room there was a safe, mini bar with soft drinks and snacks, and a flat screen TV which we never got round to using. My only quibbles about the room would be that storage was a little limited (open shelves and a hanging rail), although that wasn't a real issue for us as we were touring and hence living mainly out of our suitcases, and that the rather noisy mini bar fridge was situated very close to the head of the bed and disturbed me a few times at night. Generally though, as I said, we did like this room. 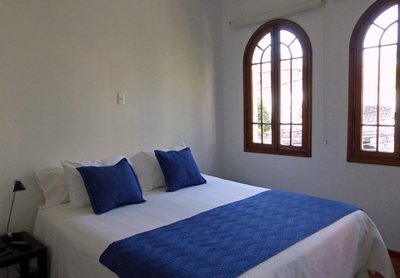 Breakfast was a fairly simple but more than adequate buffet served in a pleasant light room off the lobby (or you can take it through to the garden at the back if you prefer). There was fresh fruit juice (we loved the raspberry juice!), cereals, yoghurt, bread and rolls, meat and cheese slices, scrambled eggs and mini pastries. Coffee was made to order and was pretty good. The location of this hotel suited us very well, as it is in a quiet tree-lined street with several nice restaurants, yet only five minutes' walk to a Metro station.

Maybe we were just a bit tired …

In the Bar Liguria

On our first evening in Santiago we went for dinner at the Bar Liguria on Avenida Providencia, near Manuel Montt metro station, just five minutes from our hotel. Maybe we were just a bit tired after a 24 hour door to door journey from London to Santiago, but we found this generally well-reviewed spot in Providencia a bit disappointing. We did like the eclectic décor and found the service brisk but friendly, but the food failed to excite.

It perhaps didn't help that on our first evening in the country, when we were yet to get to grips with Chilean dining, we had chosen a place with no English menu and a waiter who spoke only a few words of English – and of course it is our own faults that we speak so little Spanish. This limited our menu choices to ones where we had some idea of what we were ordering. I asked the waiter to tell me which were fish dishes and he pointed out a couple, one of which was "a la plancha" which I knew meant grilled so I decided on that. The fish (merluza, which proved to be hake) was nicely cooked and served on a selection of equally well cooked vegetables (cauliflower, mushrooms, peppers etc.) but both fish and veg were rather too salty – and I say that as someone who loves saltiness! It was one of those dishes which you start off rather liking and then realise halfway through that it isn't as good as you'd at first thought. Meanwhile Chris had chosen the Milanesa Parmesana, and was rather disappointed with the tough slice of meat and the accompanying penne which, although their tomato sauce was rich and flavoursome, were barely warm. We each drank a bottle of local beer, and were satisfied with the bill of about 27,000 pesos which also included a basket of good crusty bread served with olive oil, salsa and a herb butter. Maybe we just chose the wrong dishes, as everything else about Liguria was quite likeable, but we didn't go back for a second visit just in case.