Back to where it all began

~ We had been to the Atacama Desert and walked among flamingos, geysers and even “on the moon”.
~ We had been awed by the glaciers and mountain peaks of Patagonia.
~ We had delved into the mysteries of the Rapa Nui moai and Birdmen.

And now we had returned to where we had started our adventures, in Santiago. Back to the same friendly little hotel in Providencia, and with a morning to spare before our flight home. 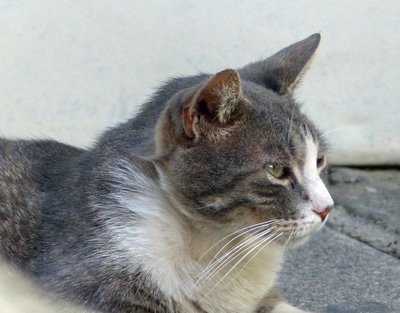 Unfortunately it was a Monday, which meant that most museums (including the highly rated Museo Chileno de Arte Precolombino which we had been sorry to miss at the start of our holiday) were closed. Time for a rethink! It was a lovely sunny morning so we decided on a walk and I plotted out a route to take in some areas of the city we had not yet seen, or had seen only from a car. 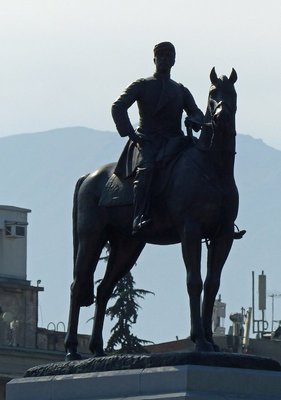 We started our explorations at this oval-shaped plaza, located at the point where the Mapocho River used to fork. This is where the people of Santiago gather whenever they have something to celebrate, such as a sporting victory, or wish to protest.

The square is popularly regarded as the natural dividing point between the city’s rich and poor, with the wealthy areas such as Providencia and Las Condes to the east and the less affluent ones clustered around the railway to the west. It is therefore a natural meeting place for any event that brings all the people together regardless of social standing, such as major sporting victory or, in 2010, the rescue of the 33 miners trapped in the San Jose mine. It is also the starting point for protest marches along the city’s main artery, the Avenida del Libertador Bernardo O'Higgins.

From the square you can, on a clear day, get good views of the mountains that surround the city and of its nearest peak, Cerro San Cristobal.

It is named for Manuel Baquedano, a Chilean of Basque descent who led the army during the War of the Pacific in which Chile fought Peru and Bolivia for control of land in the region – a war which Chile won (and the scars of which still influence regional relationships). Baquedano later served briefly as President, during the country’s civil war of 1891. His equestrian statue, the work of Chilean sculptor Virginio Arias, stands in the centre of the plaza that bears his name. At the foot of the statue lies the Tomb of the Unknown Soldier – one of those who fell during the War of the Pacific.

From the Plaza Baquedano we headed west to enter the Parque Forestal. This is just one section of the parkland that runs along much of the southern bank of the Mapocho River which flows east to west through Santiago, dividing the city into two. This particular part runs from Baquedano in the east to just north of the Mercado Central. The only major sight here is the Museo de Bellas Artes, located about halfway along its length, but as it was a Monday this was closed to us, and in any case, was not top of our sightseeing wish-list. Instead we enjoyed photographing the various statues and sculptures dotted around the park. These include the Fuente Alemana (German Fountain), at the Plaza Baquedano end of the park, which is dedicated to the many German immigrants to Chile. It is rather grandiose, with its depiction of a sailing ship leaving behind the German eagle and making its way through waters watched by seals on rocky outcrops – you get the idea! 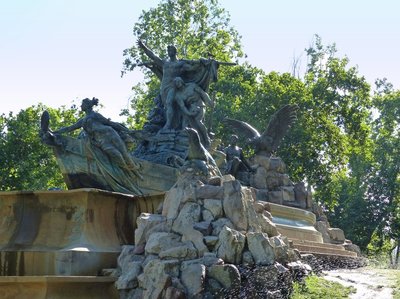 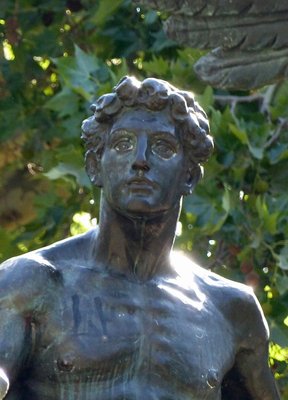 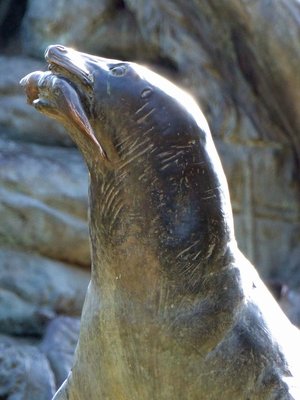 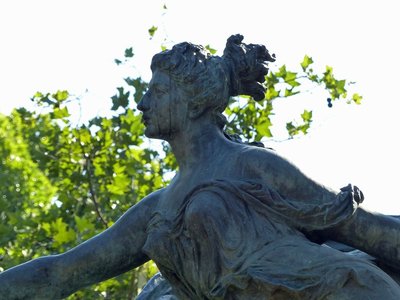 We also came across a bust of Abraham Lincoln (I have no idea why he is here) and a rather lovely figure of a young boy which commemorates the Nicaraguan poet Rubén Darío who lived in Chile in the 1880s and worked for a Santiago newspaper, La Época. 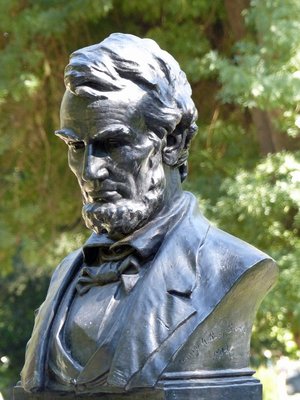 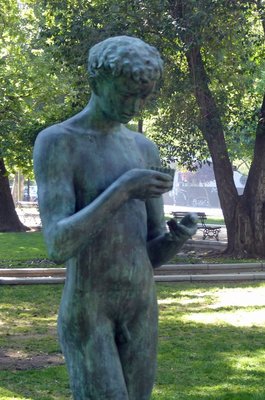 In addition to spotting the statuary, this is a pleasant place for a walk, with shady trees and occasional benches. The city traffic is never far away as the strip of parkland is quite narrow, but it is relatively peaceful here, and if you have small children with you it would be a good place to let them run off some steam as I spotted a colourful group of climbing frames and other play equipment (not far from the museum). 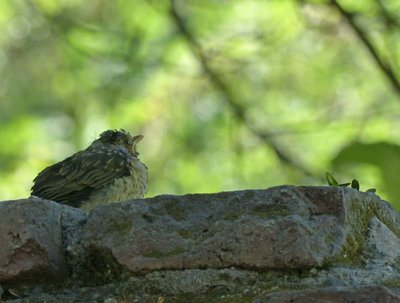 Near the Museo de Bellas Artes we turned south, out of the park and into the streets of the Barrio Lastarria. If like us you enjoy a wander around an interesting neighbourhood just as much (if not more) as seeing the major sights of a city, the Barrio Lastarria is likely to appeal. It takes its name from the 19th century Chilean writer Jose Victorino Lastarria Santander. The district is roughly triangular in shape and lies between the Cerro Santa Lucia to the east and Plaza Baquedano to the west, with the Parque Forestal as its northern border and the Avenida del Libertador Bernardo O'Higgins to the south. 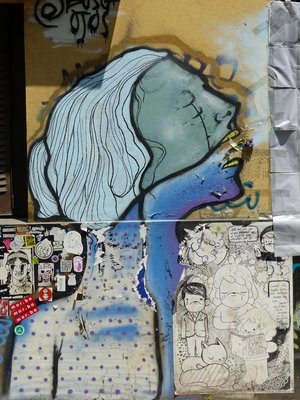 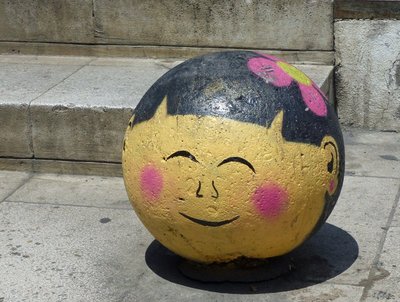 This is a great area in which to photograph street art, as I hope my photos show. The two above were taken near Universidad Católica metro station (behind the Gabriela Mistral cultural centre), while the one below was taken on Merced, on the northern fringes of the Barrio. 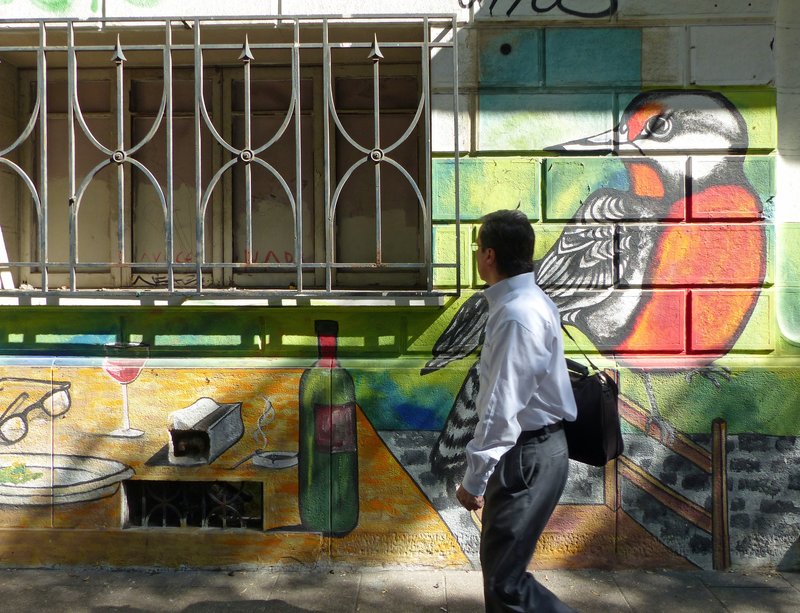 The first photo below is of a rather lovely building near the Museo de Artes Visuales, which we would have liked to have visited had it not been Monday when all museums in the city are unfortunately closed. And the next one was taken outside the Iglesia de la Vera Cruz on Calle Jose Victorino Lastarria. This is a striking red and white mid-19th century building and is listed as a national monument. 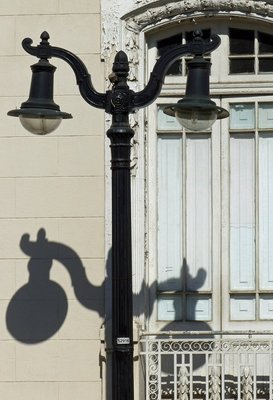 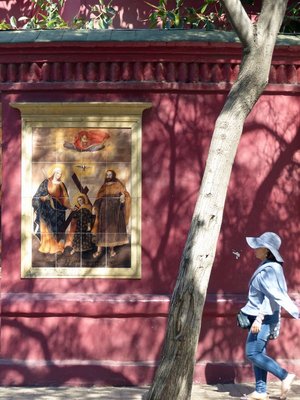 But apart from a handful of specific sights such as this church and the Museo de Artes Visuales (the architecture of which I found very appealing), Barrio Lastarria is really more an area to wander through and enjoy for its ambiance and street life. There are a number of bars, cafés and restaurants too – we enjoyed having our coffee in a little square just off José Victorino Lastarria and indulging in some more people-watching while soaking up our last dose of spring sunshine on the morning of our departure from Chile. Definitely an area worth seeking out for a stroll with camera in hand. 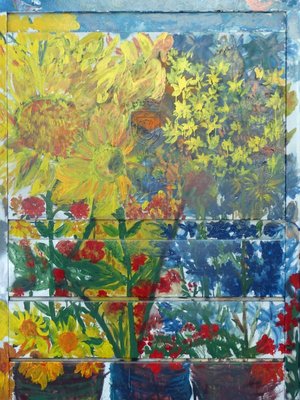 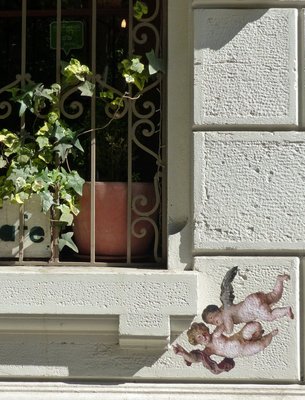 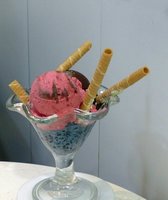 By the time we had finished our coffees, and taken all the photos we wanted, it was time to head back to our hotel to collect our bags and meet up with the driver who was to take us to the airport. Or almost time … Somehow we managed to squeeze in a visit to the excellent Bravissimo ice cream parlour in Providencia on our way back to the hotel – some things just have to be done!