Despite my misgivings about my room at the Central Point Hotel I have to admit that it had the great advantage of being incredibly quiet for a city centre location and I slept well.

The hotel doesn’t provide breakfast so we (Kirsty, Yvonne and I) went to a café just a few doors down the road, Caffetteria, where I had a huge flaky croissant with homemade jam and a good double espresso. 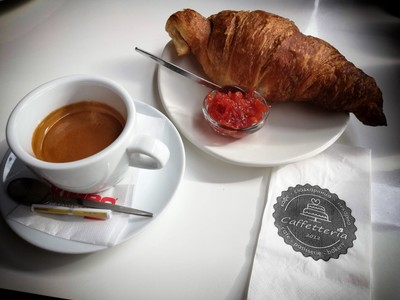 
After breakfast we had time to take a walk back in the direction of the Alexander Nevski cathedral, taking a few photos as we went. I appreciated Kirsty posing for me in the walkway near the Roman ruins at Serdica Metro station as the empty space was just crying out for a passer-by and they were in short supply! 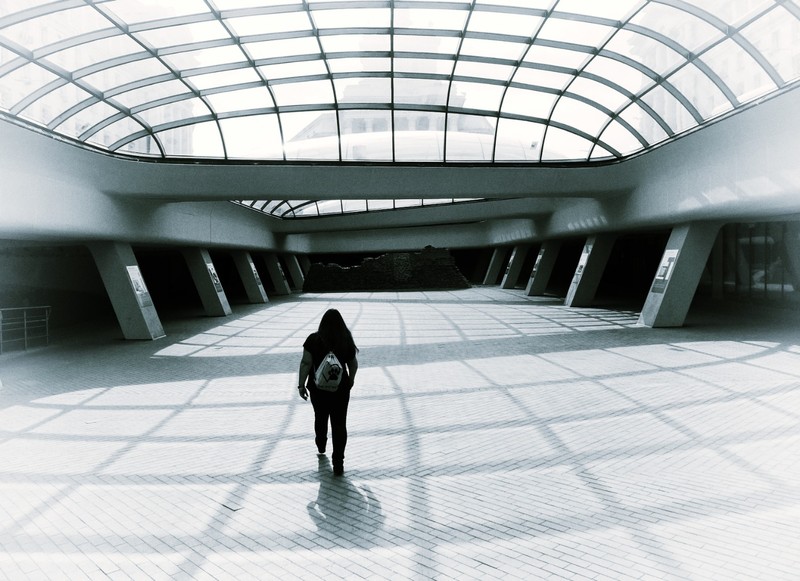 Subway near the ruins of Roman Serdica

And an office building near the Russian church provided an opportunity for an unusual group shot! 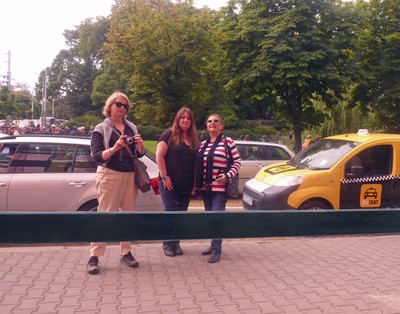 Me, Kirsty and Yvonne

We wanted to revisit the flea market stalls we had seen on our first day in Sofia, selling a mix of paintings and icons, old jewellery and watches, Communist memorabilia and general bric-a-brac. Kirsty was tempted by a couple of the watches but didn’t make a purchase, while I spent just 5 leva on an old Bulgarian military pin for Chris. Yvonne meanwhile was a bit disappointed to find that the stall where she had admired some paintings previously was yet to set up for the day – this is clearly not a market where early starts are the norm! 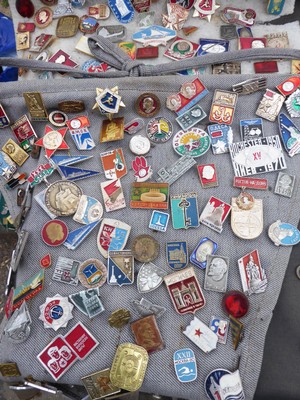 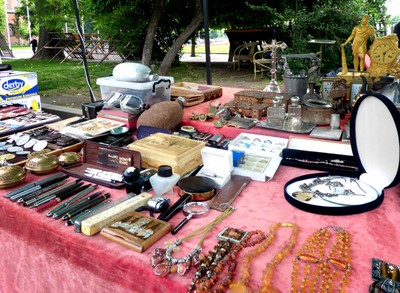 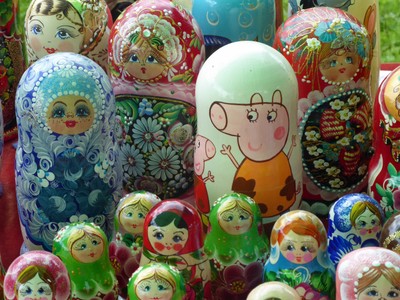 We then retraced our steps to the area near our hotel, again taking photos as we went. We passed the former Royal Palace, now the National Art Gallery, which we had seen on our walking tour on our first day here. I was starting to properly get my bearings after two days in the city, just as it was nearly time to leave! 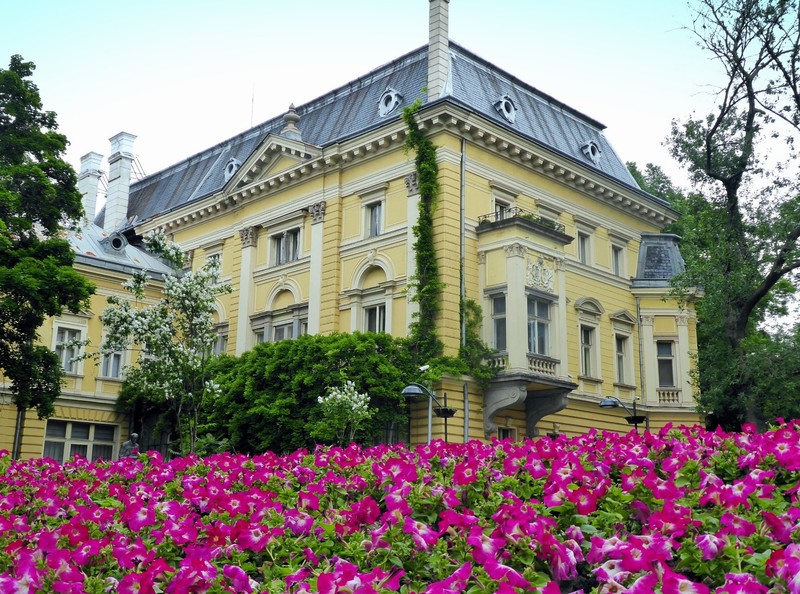 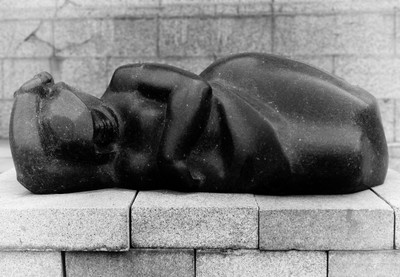 We were attracted by the classic 1930s architecture of the Bulgarian National Bank building. I hadn’t paid it much attention until now, but I liked its clean unfussy lines and simple elegant clock. 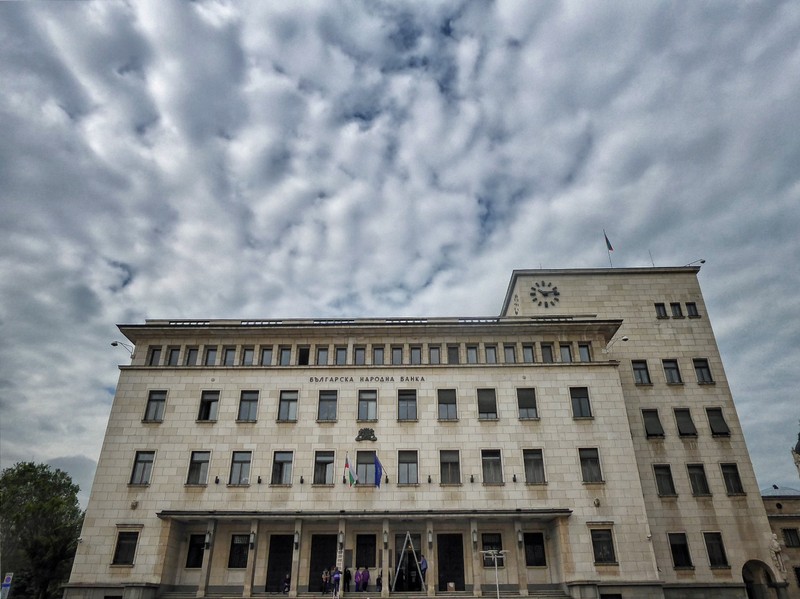 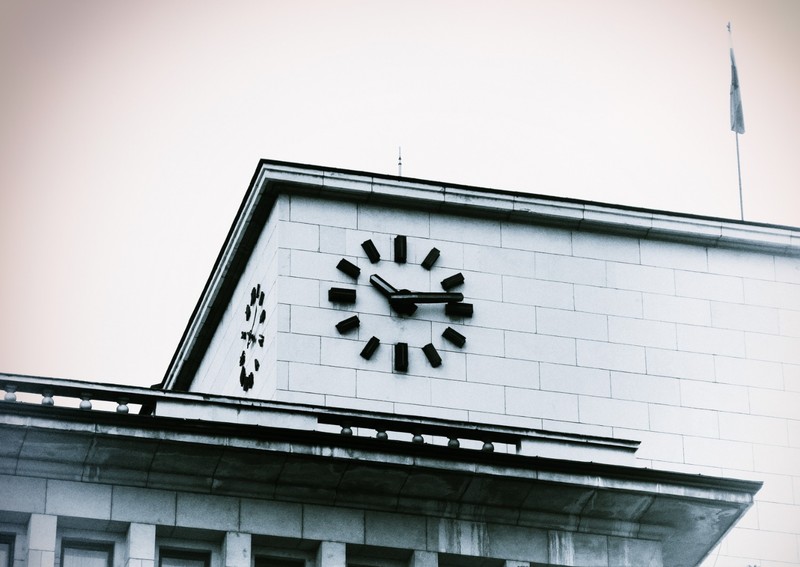 On one side is what one of our friends had referred to as a bankers’ ‘suicide window’, to be used in the case of a stock market crash or investment gone wrong, but I can’t find any evidence that this was its purpose. Indeed, most articles I could find refute the idea that such banking disasters result in a spate of suicides. It does however seem an oddly ornate feature on this otherwise fairly austere building.

As to the statue just below the window, on the corner of the building, one article I found refers to this as being of St Nicholas, although it doesn’t look like a saint to me and in any case a religious figure would seem an odd choice for the headquarters of a national bank. I can't help but think that it could be St Mathew rather than St Nicholas, if it is a saint, as he is the patron saint of bankers. 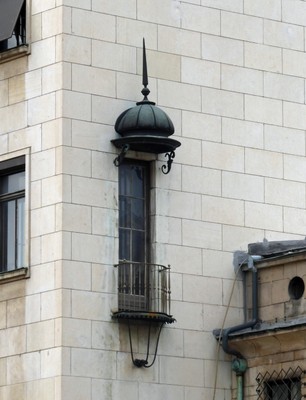 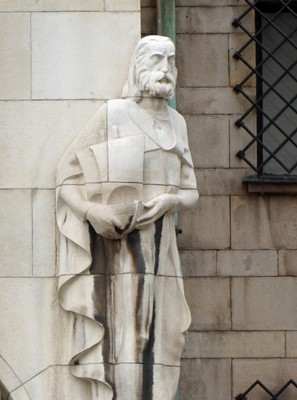 We spotted a sculpture we had missed yesterday, near the Einstein restaurant – a column with small animals and human figures climbing up it. We spent some time examining this for all the different creatures, and taking photos of course. No amount of Googling on my part has thrown up any information about this, unfortunately. 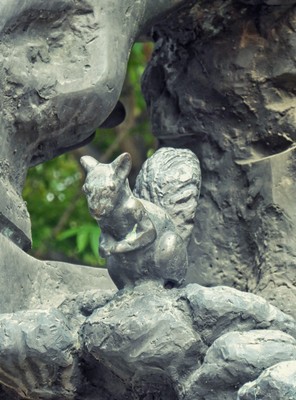 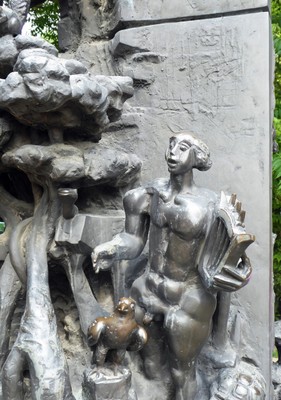 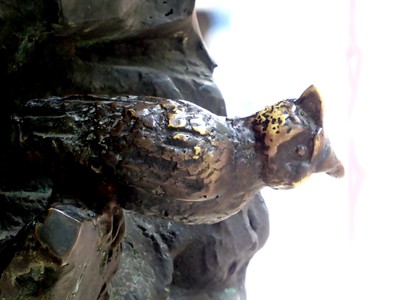 The sculpture near the Einstein restaurant

We had decided to rectify yesterday's decision not to visit the synagogue. But when we got there it was closed due to 'technical issues' - what a shame, as this was our last morning and we would not be able to try again tomorrow! So instead we went back to Caffetteria as we had earlier been drooling over their smoothie selection! We enjoyed our cold drinks here before returning to the hotel where Yvonne and I ordered a taxi to the airport (Kirsty’s flight was much later in the day, so she remained behind in the city for a few more hours).

The journey home, and a lost phone!

The taxi dropped us at the terminal but when we went to check in, I realised that didn’t have my phone. It seemed likely that I lost it in the taxi, having rather stupidly left it in my trouser pocket when leaving the hotel rather than transferring it to my bag. It seemed unlikely I would ever see it again, although one of my friends, Josephine, did helpfully message Kirsty in case the driver was honest enough to hand it into the hotel. I then used Josephine’s phone to call my network provider to block the SIM card and phone. That sorted, there was nothing more to be done so we checked in, went through security and passport control and had some lunch in an airside café.

I did a bit of shopping (rakia as a present for Chris plus some small packets of Turkish Delight to use up my remaining leva) and we headed to the gate. Just before boarding Kirsty messaged Josephine - she had my phone! There was no time before boarding to ask her for details, so the full story would have to wait.*

That drama over, we boarded the plane where I was lucky to have a window seat and no one beside me in the middle one. The thunderstorm that had raged while we waited to board (memories of Sunday evening in Plovdiv!) passed over just before we took off, but it was nevertheless a rather bumpy ascent through a bit of turbulence. 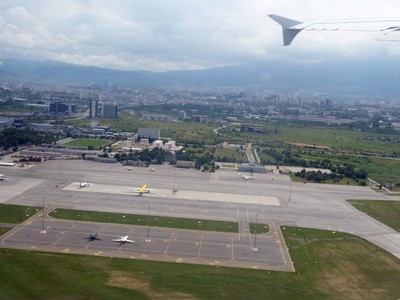 Taking off from Sofia Airport in the rain 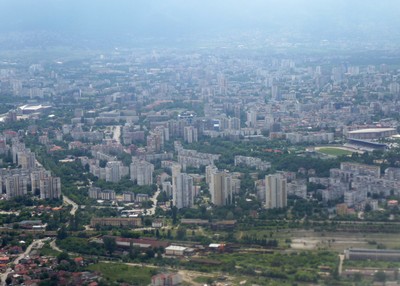 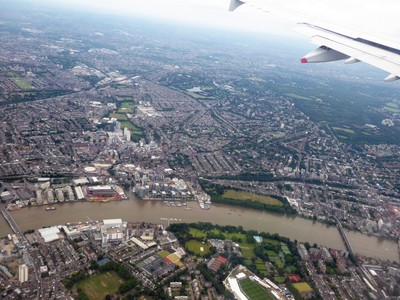 ... And hello to London
- somewhere over the Thames near Putney Bridge

We landed on time at Heathrow Airport’s Terminal Five – by far my favourite there. Passport control was surprisingly quick, and I waited only a short while for my luggage. Colin, Josephine and I said goodbye to Yvonne, who was catching the Heathrow Connect service to Paddington, while the three of us headed for the Tube. We were soon at my station in South Ealing, so I said my very last goodbye of the Euromeet to Colin and Josephine, who were carrying on to spend a couple of nights in London, and was home not much more than an hour after landing – as always, grateful to live in such easy reach of the airport!

*Postscript: how Kirsty recovered my phone
When she got the message from Josephine about my lost phone, Kirsty and the hotel receptionist had looked through the hotel’s CCTV to see Yvonne and me getting into our taxi, noted the company and taxi number and then called the company. The driver had been honest and already told his boss that a passenger had left a phone, so she arranged for that same driver to pick her up when it was time for her to go to the airport so that he could hand it to her. Once she was home in Belgium she posted the phone to me and only a week after being separated we were reunited!