The fishermen of Chowara

For me, one of the pleasures of our stay at the Travancore Heritage Hotel (as must be true too of others in this area) was its proximity to a beach used not only by tourists but also locals. I have read opposing views on this subject, and clearly some holiday-makers prefer to be sheltered from the daily life of the region they are visiting, but that isn't our style, and as a keen photographer the acceptance of me and my camera by the local fishermen was a real bonus. I was grateful to them and as a result want to share their story, as I understand it from my reading of the Rough Guide to Kerala. 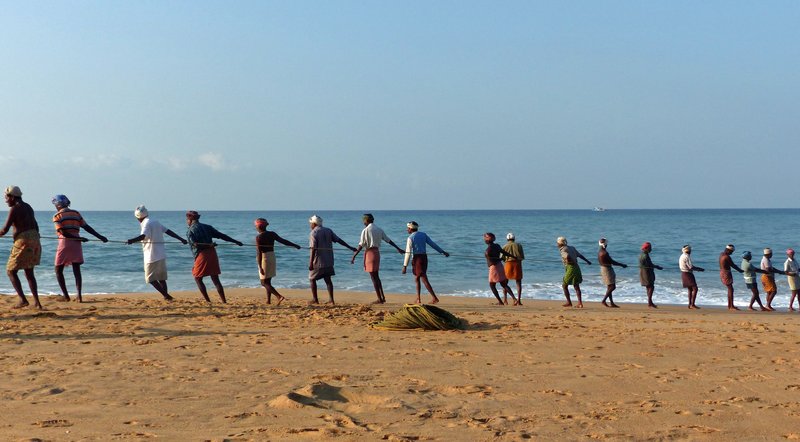 The life of a fisherman in Kerala is not an easy one. They are among the poorest of the state's people, with lower than average income levels, literacy and life expectancy in a region which generally rates relatively well in these measures than the rest of India. Their living conditions are poor, with home typically a one-room shack with no running water. Child mortality rates are high, while alcoholism and domestic violence are common problems. These are historic issues, dating back to a time (pre 1930s) when fishermen as a caste were barred from temples, churches and schools and were regarded as the lowest in society. They made only the most basic of incomes from their catches as they were unable to sell directly to their 'social superiors' and the middlemen creamed off most of the profits. Those same middlemen were quick to offer to lend money when a new net or boats was needed, but charged exorbitant rates of interest, further impoverishing the borrower. 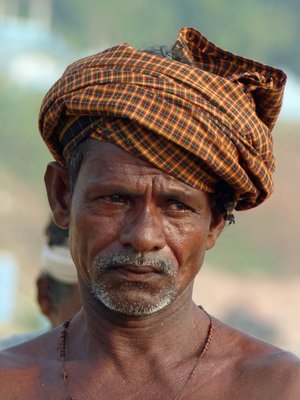 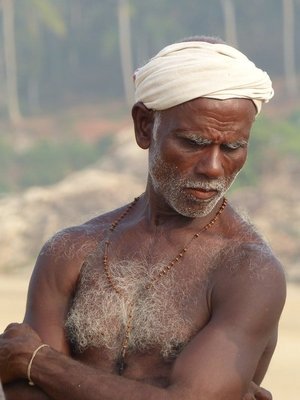 Their poverty made them ripe for conversion to Christianity when the Jesuit missionaries arrived on these shores in the 16th century, but with the new religion came new responsibilities that cost the fishermen dear. Forced to pay ten percent of their meagre incomes in tithes, they saw the churches flourish while they continued to suffer. It is still striking today to see such huge and rich-looking churches in such otherwise poor villages. 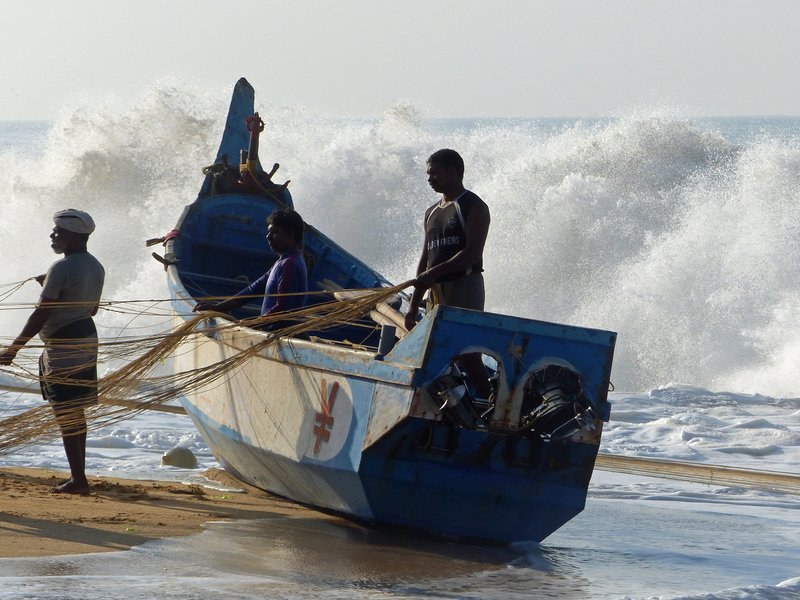 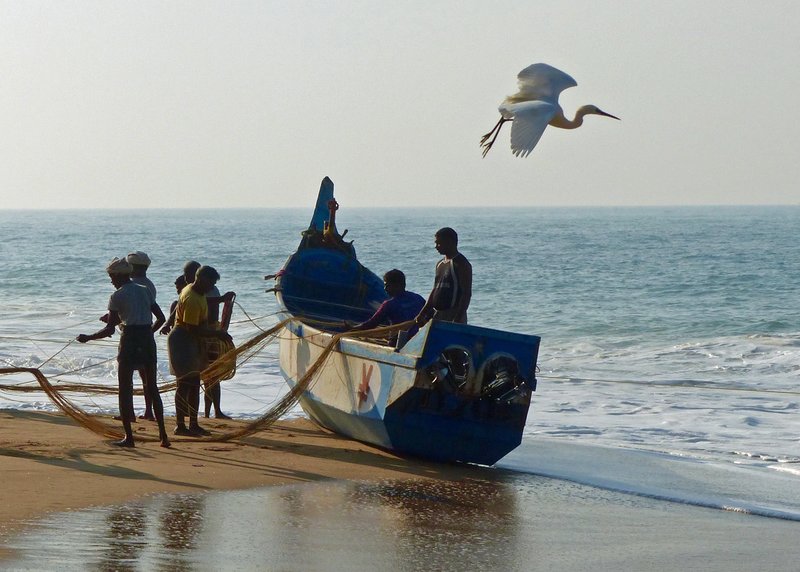 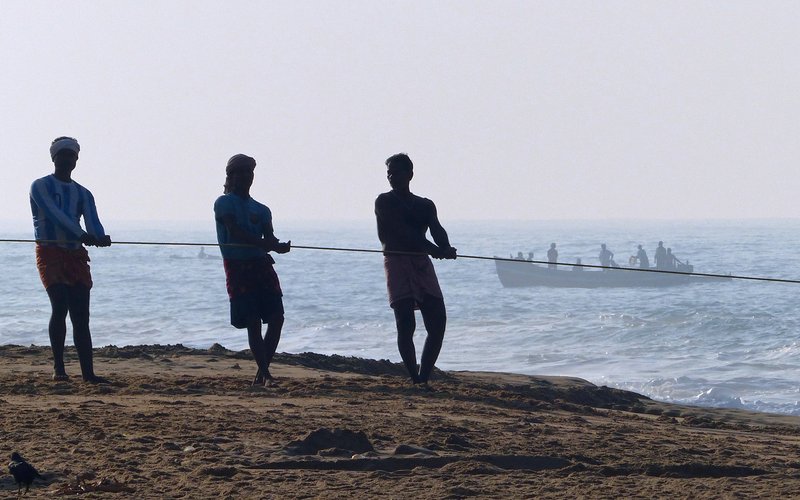 In the 1960s conditions improved a little, as co-operatives were established to buy and sell the daily catch, which allowed the fishermen to bypass the middlemen and get a fairer price for their fish, while also giving them access to low-interest loans when needed. But these improvements were short lived, as any benefits of collective action were wiped out by a big 1980s government promotion of mechanised trawler fishing, which decimated fish stocks and led to a fifty percent drop in the catches of inshore fishermen. 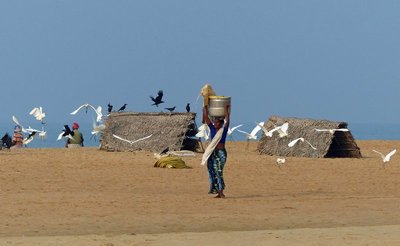 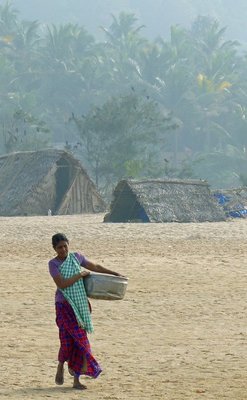 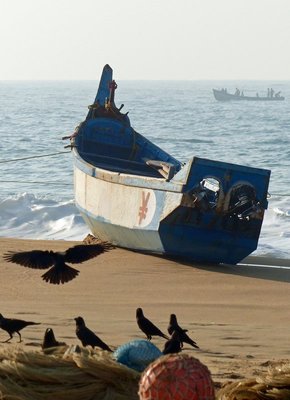 Today there are further concerns that a government scheme to build an artificial reef off Kovalam's Lighthouse Beach, to protect it from the sort of destruction caused by the 2004 tsunami, may cause further problems for the fishermen of Chowara and other neighbouring communities by diverting currents and causing damage to the beaches they use.

I was pleased though that at least the tourist use of this beach does not appear to have encroached on the fishing which remains the prime activity here. 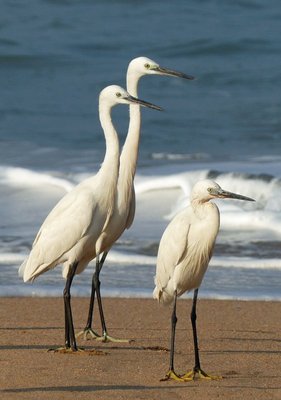 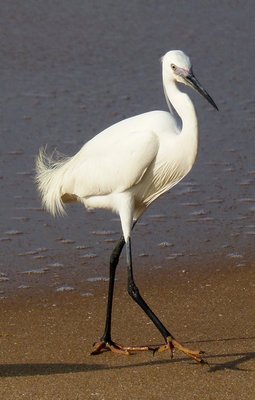 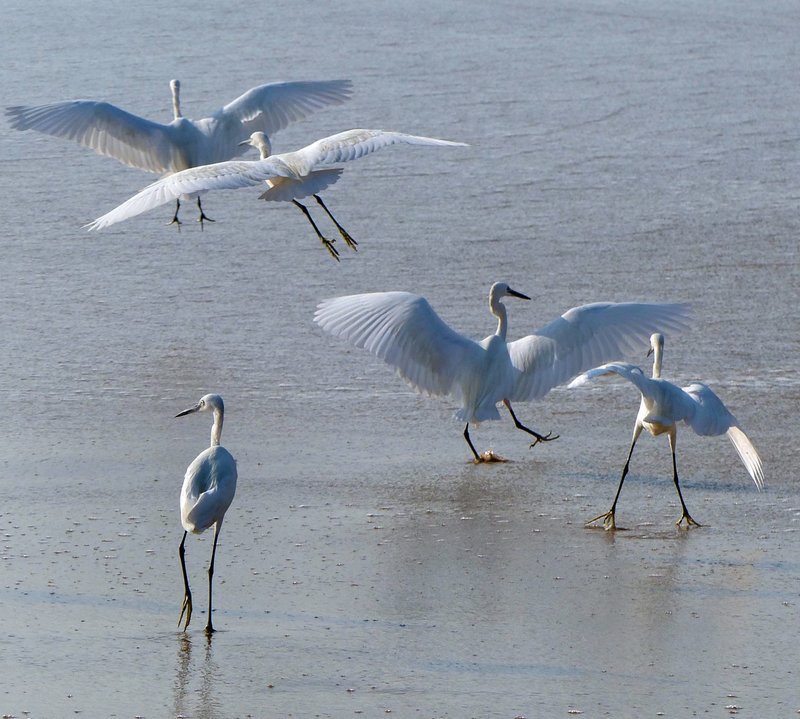 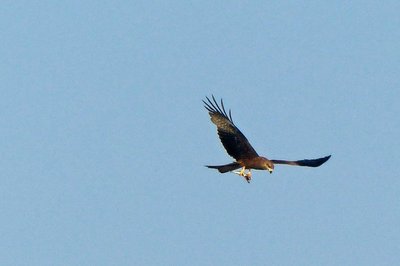 A walk on the beach first thing in the morning is an opportunity to see these hardy men at work, hauling in the huge nets, sorting through the catch, cleaning and making ready the nets for the next evening’s fishing. Local women join them on the beach to help with the sorting and to then take the fish away to the market in the village. Many birds join them too, in the hopes of snatching a free meal – egrets, crows, kites and eagles, among others.

The whole scene is a hive of activity and will delight any keen photographer I am sure, as it did me.