Moving on to Vietnam 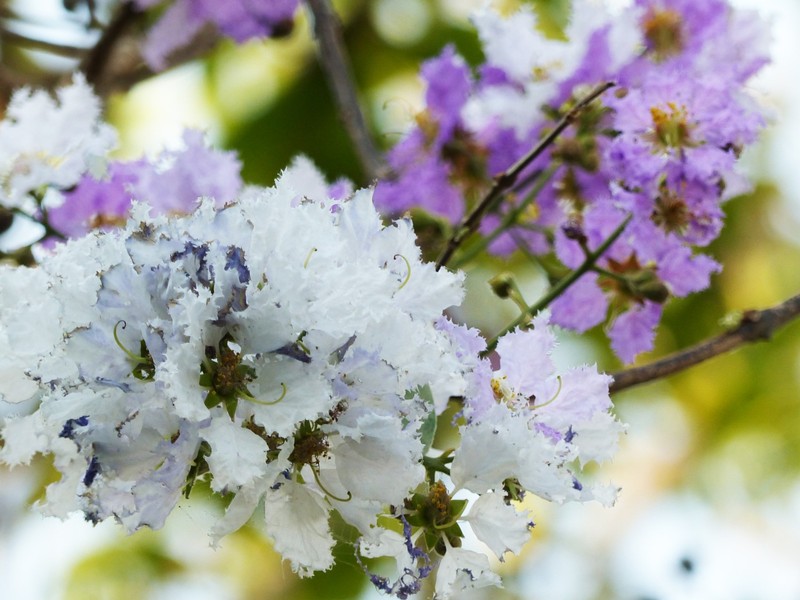 Well, my theory about the breakfast buffet at La Folie being a weekend treat was proved totally wrong this morning, a Tuesday, as it was back! Hurray, I could have more of their delicious banana bread on this, our last morning in Laos.

After breakfast we paid our bill and then had a couple of hours to kill before our 11.00 am departure by boat to meet Hom on the east bank. I spent much of the time on our veranda, enjoying the view and looking for birds. But although I could hear quite a few I only spotted one, and I only got a half-decent photo of what I concluded was probably an Asian Brown Flycatcher.

View from our veranda 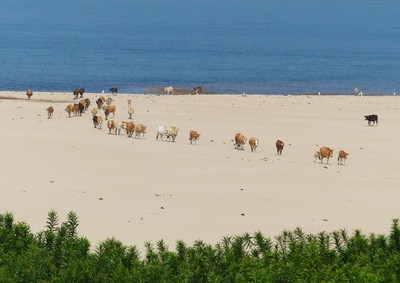 Cows on the beach 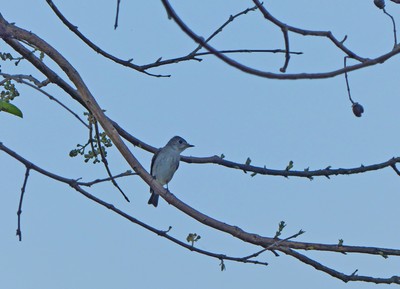 Bird seen from our veranda


I enjoyed the twenty minute boat ride, our last look at the Mekong. 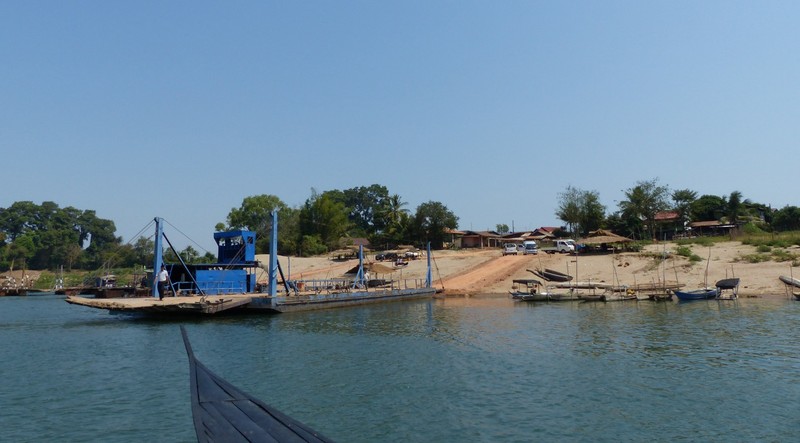 Crossing to the 'mainland'

Hom was waiting for us at the jetty and we were soon on our way to the airport, a drive of about an hour. Unlike on our arrival here three days ago, I managed to grab a few photos of Pakse out of the car window as we passed through.

From a bridge near Pakse 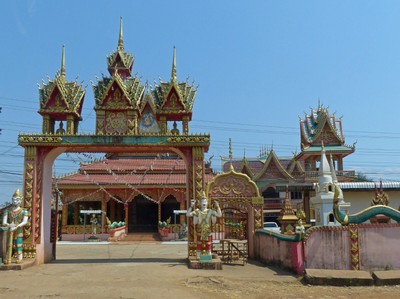 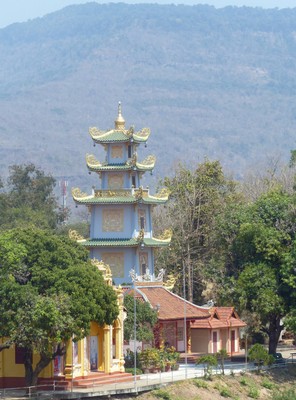 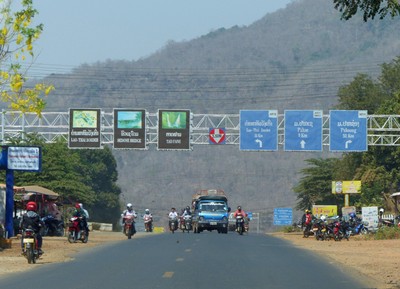 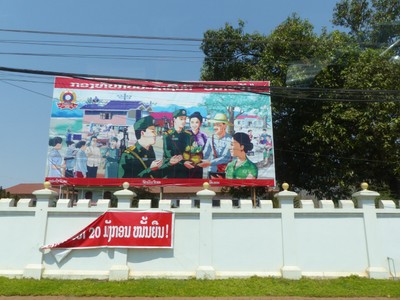 We arrived a few minutes before check-in opened, but after a short wait were able to check our bags – only through to Vientiane, however, as we would clear Vietnamese immigration there.

Everything at Pakse Airport is incredibly compact. It had been only a few metres from the entrance to the check-in area, and from there just steps to passport control and beyond that security. We then had a lengthy wait in a rather barren room at one of the only two gates. A small shop sold everything from souvenirs (t-shirts, embroidered bags, carvings, jewellery) through cough sweets and tissues to coffee, Lao-Lao whisky and dried fish! Or at least it would have done, had there been anyone serving there. As it was, almost everything was on open display for any shop-lifter to help themselves, apart from the jewellery and some cans of beer and soft drinks, which were in a padlocked chiller cabinet.

Meanwhile one local man appeared to be so bored by the wait that he conducted a series of lengthy calls on speaker phone. I'm sure that had we spoken Lao we would have learned a lot about his private life! 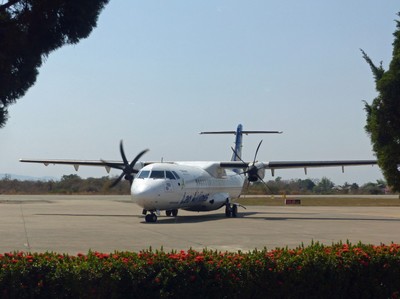 Our plane at Pakse Airport

Thankfully we boarded and took off on time, with views of a temple with a huge Buddha statue (I think Wat Chompet) and of the Mekong as we climbed. 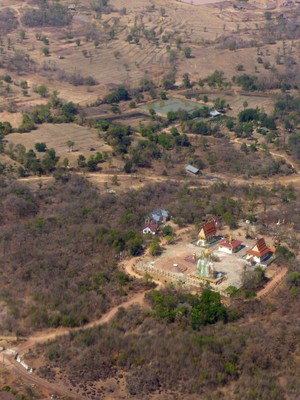 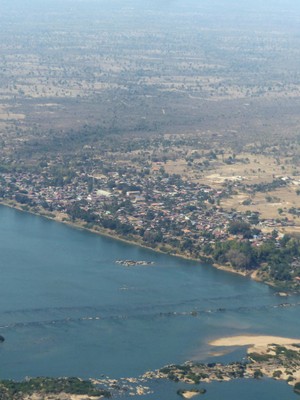 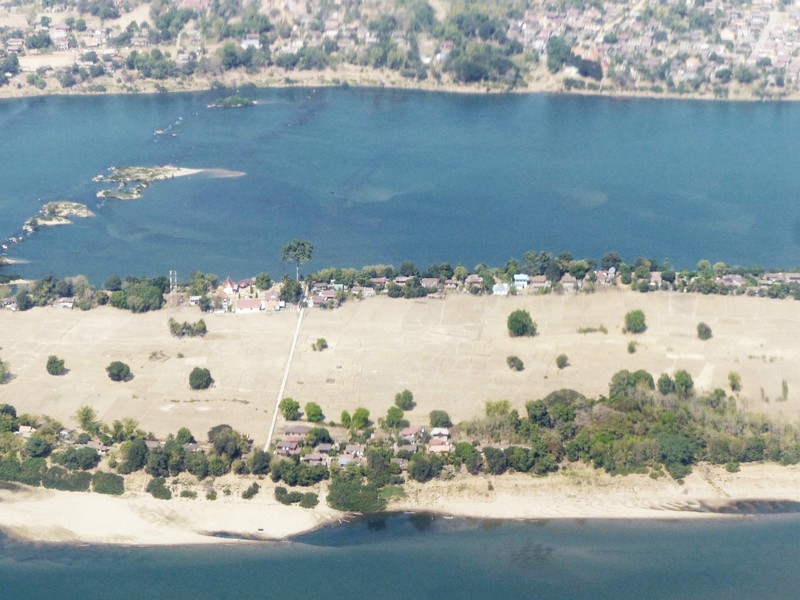 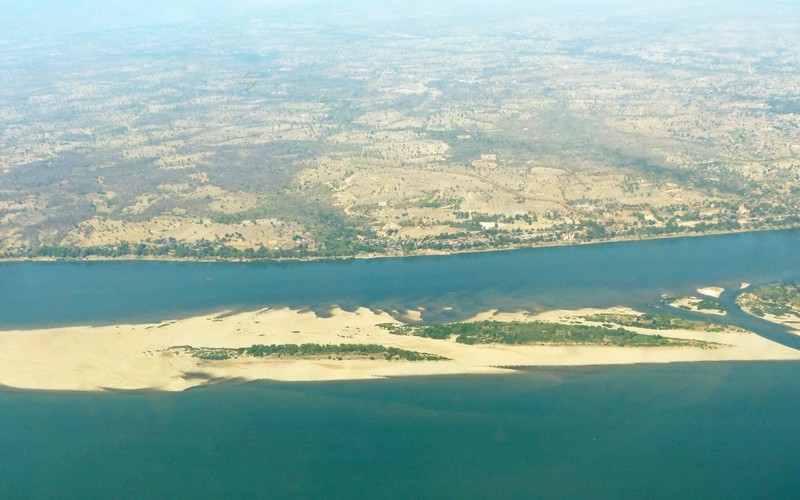 Islands in the Mekong


A drink and snack were served - the latter rather bizarre fruit crisps which messed with my head through having the texture of a savoury snack but tasting sweet!

As we came into land at Vientiane Airport I could see a sprinkling of high rise buildings among the more traditional-looking ones and temples. 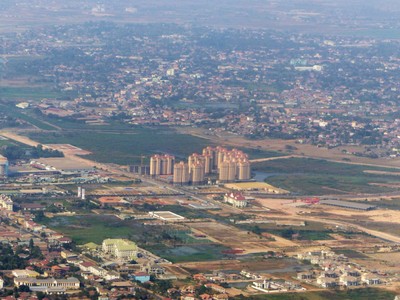 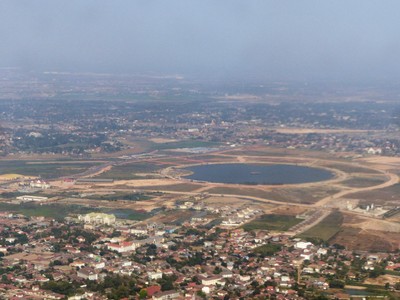 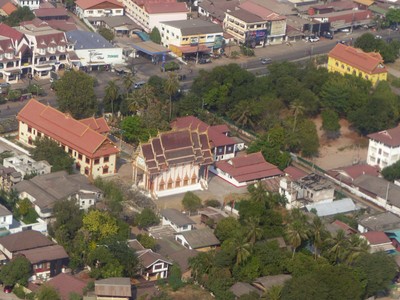 Coming into land in Vientiane


We collected our bags and walked the short distance into the next-door international terminal. We had four hours before our Hanoi departure and naturally check-in wasn't yet open. We found a coffee shop upstairs in which to pass some of the time, with free wifi so we could catch up on messages and news.

Check-in opened two and half hours before departure and everything went quickly with only short queues at each stage. That left us with almost two more hours to kill before boarding - another drink (good cappuccino - the quality of the coffee everywhere on this trip was a real plus point!), a sandwich and writing some notes for this blog occupied some of the time, but it was a long and rather boring wait. 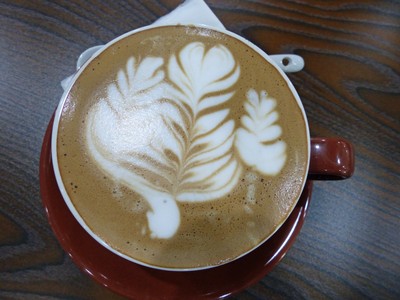 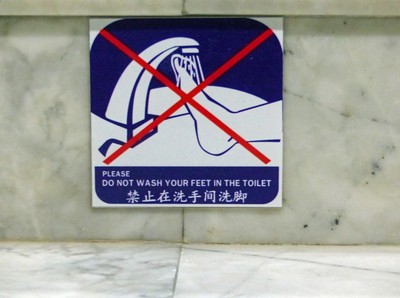 Sign in the ladies
~ I have to say that it has never occurred to me to do this!

… and on to Vietnam

We boarded eventually and actually took off a little early. The flight to Hanoi took about an hour and of course it was dark all the way. But we could see as we came into land that we were arriving in a much bigger and more developed city than any we had seen in Laos.

We were quickly through immigration, with no forms to fill in and no need for a visa. We were met outside the airport by our guide Huan and driver Cheung. Huan told us that he had been waiting there since mid afternoon - again there had been a communication problem between office and guide, as with Lee in Luang Prabang, and he had been given the time that we landed in Vientiane, not here in Hanoi! Luckily a call to the office had reassured him that he hadn't somehow missed us, but we felt bad about his long wait even though it wasn't our fault.

The drive to the city centre took us over an attractive new bridge, beautifully lit up - I wished I had been quicker to get my camera out and video it. After a smooth ride initially, we then reached the bustle of the Old Quarter, with bars spilling on to the street and bikes and scooters everywhere.

We got to our hotel, the Essence, around 10.00 pm. After a welcome drink we were shown to our room on the sixth floor. It was attractive but very compact and we were quite glad at this point that we would only be spending a couple of nights here (we were to change our minds about that, as you will see!) Time to settle in and for bed ... 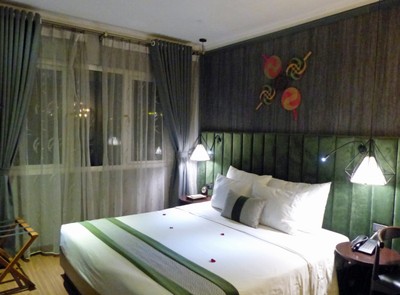 Our room at the Essence Hotel 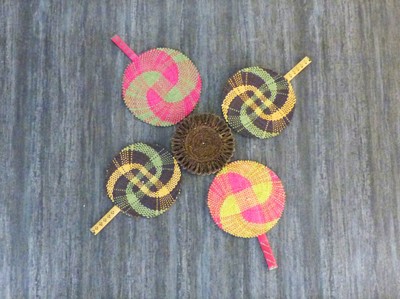 Decoration above the bed