For some years now Virtual Tourist members living in Karlsruhe have organised an annual meeting, the Glühwein Meet, to enjoy the Christmas markets together. I have often thought of attending, once planned to do so but my plans fell through, and now this year at last things came together and I was off to Germany. Although even this year my plans hung in the balance briefly as I had a rather horrible cough in the days leading up to the meet (bad enough to keep me awake at night), and briefly considered staying at home. But sanity prevailed – after what is a cough and lack of sleep when I had the chance to catch up with friends not seen for a while? I could cough in Germany as easily as I could at home, after all!

I was up early for a morning Lufthansa flight from Heathrow to Frankfurt, taking off over a sunny London after what seemed like weeks of rain. It appeared I’d chosen the wrong day on which to leave the country! 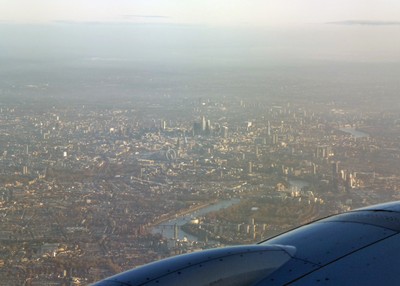 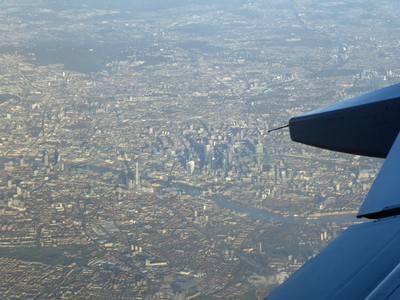 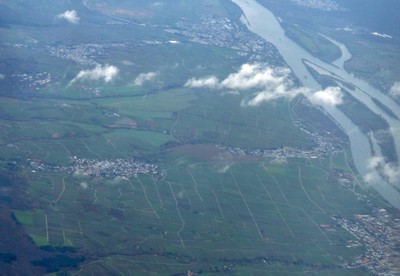 Arriving in Frankfurt to a cloudy day


By the time we were over Germany the clouds had gathered and we landed on time at Frankfurt in gloomy but dry weather. I knew I didn’t have a lot of time before my train was due to depart so I walked briskly through the airport, glad I didn’t have any checked baggage to collect. But when I got to the station the train was delayed for over an hour so I changed my plans and caught a slower one to Mainz, changing there for the intercity train to Zurich which would get me to Karlsruhe later than planned but ahead of the delayed direct train. 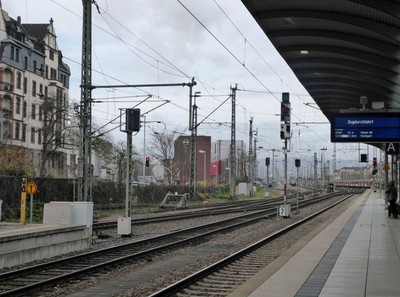 Waiting for my train at Mainz Hbf

The journey passed quickly as I got chatting to a pleasant family from Williamsburg VA – parents and adult son, the latter currently working in Germany, all travelling to Lucerne for a weekend break.

Just as the train arrived in Karlsruhe I realised it was now raining, unfortunately. My friend Sonja met me at the station and we caught the tram to the Marktplatz and to the Hotel am Markt where we were both staying. I checked in and was pleased to find that the single room I’d booked had been upgraded to a double (poor Sonja hadn’t been so fortunate). After I dropped my bag in the room we went for coffee and cakes in a lovely café nearby, and a good catch up of course. 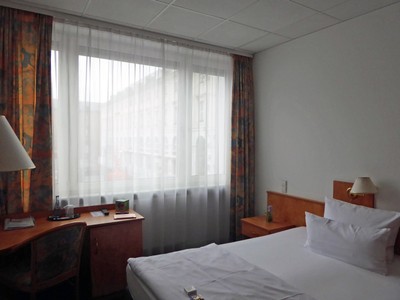 My room at the Hotel am Markt 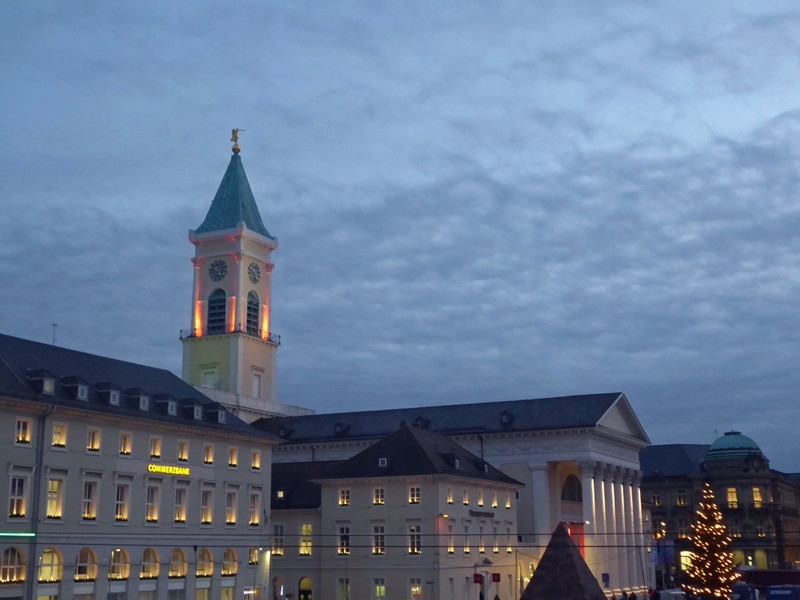 View of the Marktplatz from my room 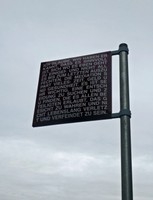 The rain had almost stopped when we came out of the café so we had a short stroll to look at the palace and skating rink. On the way we passed the Justice Signs in the Platz der Grundrechte (Square of Fundamental Rights), which I recalled from my previous visit to Karlsruhe in 2008 (for my very first VT Euromeet!) These signs each describe an important aspect of right and wrong – complete with statements made by judges, lawyers and common citizens who have come into conflict with German law.

We then had time to take a break back at the hotel - a chance for me to sort my bag and freshen up.

An evening with friends

In the evening we were invited for supper at the home of local VT member Christine. She and her husband welcomed us and fed us well with home-made soup, crusty bread and chocolate cake. I had a lovely time catching up with friends, several of whom I hadn’t seen for some years. 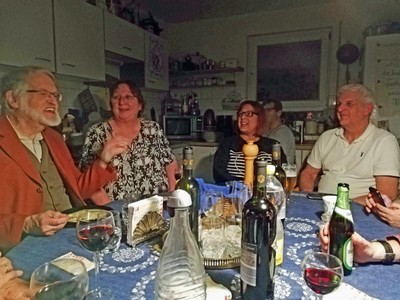 
Five of us then caught the tram together back to the city centre and Sonja and I had a short stroll to take a few night photos of the skating rink and palace before bedtime, as they were beautifully lit up. 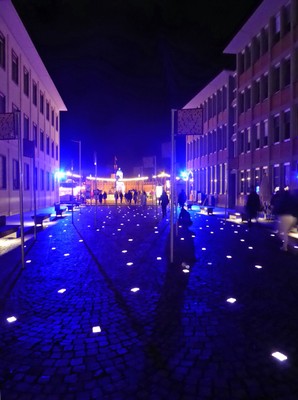 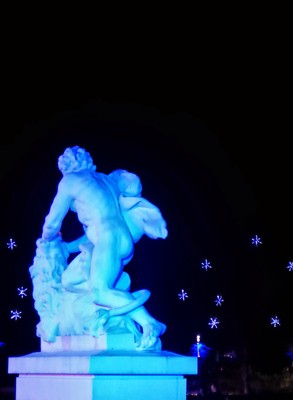 Platz der Grundrechte at night, and statue near the ice rink 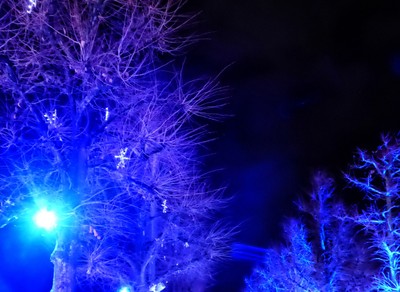 Illuminations at the ice rink

The palace/castle (it looks more like the former and the German word Schloss helpfully translates as either, but most people seem to call it a castle) is Karlsruhe’s most impressive sight. I didn’t get a close look at it on this visit but for those interested in its history I include here what I wrote for Virtual Tourist back in 2008:

Architecturally, the Schloss has to be the most significant and eye-catching building in Karlsruhe. Schloss translates into English as ‘castle’ but the current building is much more a palace than castle; however, that is what it started out to be. It was built in 1715 as a country retreat for Margrave Karl Wilhelm of Baden-Durlach. The architect of what was then partly a wooden building was the engineer Jakob Friedrich von Batzendorf. At this point the castle lay in the middle of a forest, but its building was the catalyst for the development of Karlsruhe as a city, and it became the margrave’s main residence as well as the political centre of the state of Baden. 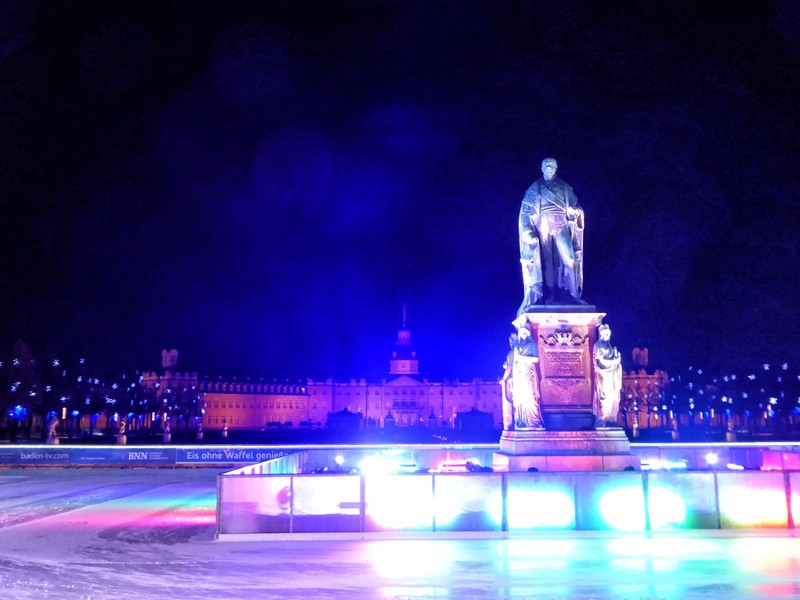 The castle, like the town, had to be completely renovated in 1746, and the opportunity was taken to rebuild it entirely out of stone. It served for 200 years as the seat of government of the Baden dynasty. In the latter part of the 18th century it was fundamentally rebuilt and the interior was repeatedly changed and refurnished. In 1849 Grand Duke Leopold was thrown out of the palace by Baden revolutionaries, signalling the end of the monarchy. The building became a museum in 1921, but was completely destroyed by Allied air-raids in September 1944, so what we see today is a modern reconstruction.