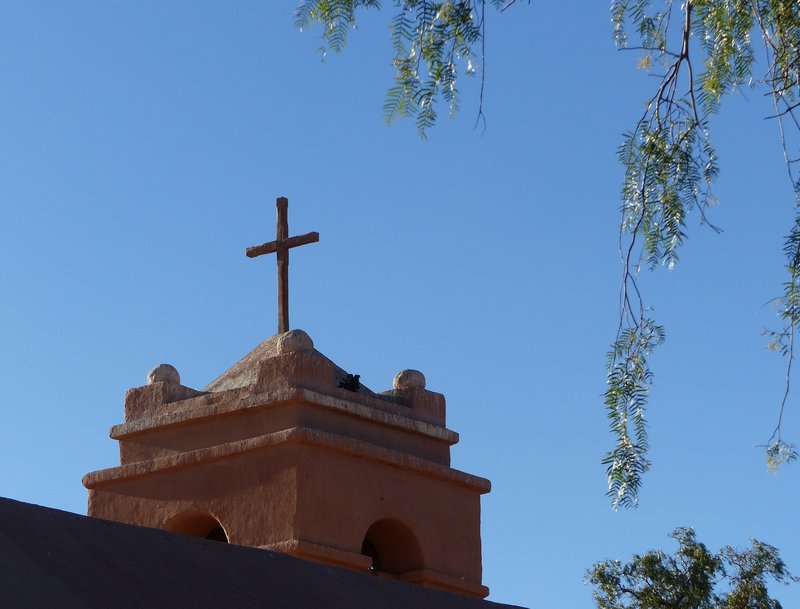 Until relatively recently San Pedro was just one of a sprinkling of small communities in the Atacama, its adobe houses clustered around a small plaza and church. But its central position among the various major sights of the desert (geysers, salt flats, canyons, volcanoes) made it a natural focus for tourism, and today its dusty streets are lined with restaurants, tour agencies, shops and hostels, while on its fringes lie a considerable number of mid-range and fancier hotels. On those same streets, tourists out-number locals by a considerable margin and the conversations are a babel of languages.

Yet, amazingly, San Pedro doesn’t feel spoiled by all of this. Its adobe walls seem to absorb the buzz of activity and its buildings sit calmly among the chaos as if to say, you visitors may come and go but we have been here forever and will be here still when you have gone. Or so it seemed to me – no doubt there are others who will tell you that San Pedro is too touristy by far.

Most visitors use this as a base for tours or self-guided exploration of the desert, and a very comfortable base it can be, as it offers accommodation to suit every budget and a wide range of restaurants. Prices tend to be on the high side for Chile, partly because of the costs associated with the remote location and partly because it’s pretty much a seller’s market – tourists can’t easily vote with their feet and head to a neighbouring town because there is no neighbouring town!

There are however two sights worth visiting in San Pedro in their own right – one of which we made it to, the other not. These are the church and the museum. The latter is generally considered to be excellent, focusing on archaeological finds including ceramics, textiles and shamanic items. I had hoped to visit but the tours we had booked filled most of our time (very well, I should add) and our little down-time was mostly spent relaxing by the hotel pool. But we did visit the church early one evening, stopping off on our way to dinner. The surrounding plaza is a hive of activity at such times – tourists enjoy a coffee or pisco sour in one of the several cafés and bars, locals come out to meet friends or walk their dogs, small children play in the square while older ones gather in groups. 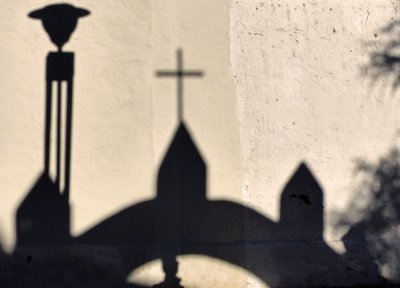 We found the church open and welcoming a steady stream of visiting tourists such as ourselves and also locals dropping in to say a quick prayer perhaps. It is dedicated, like the village, to San Pedro and was originally built here in the 17th century (and is thought to be the second oldest church in the country), although the present-day walls date from 1745 and the bell tower is a 19th century addition (1890). The various angles of its adobe construction, especially in the evening light, made it look to me a little like a mini version of the church of San Francisco de Asis in Ranchos de Taos. Inside the ceiling is particularly interesting, being made of cardón (cactus wood) held together with straps of llama leather – a traditional building method which we saw in other Atacama churches too. The interior decoration is fairly simple, apart from the colourful figures of the saints which are dressed in fabric clothing as is the custom throughout Latin America. 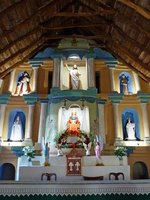 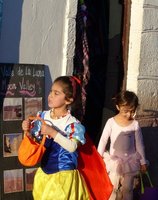 We were in San Pedro on the evening of Halloween, a festival which, as I described in an earlier entry, about Santiago, has been in recent years enthusiastically embraced by Chile. In town that evening for dinner we saw lots of Trick or Treating Chile-style, with local children (and some US visitors it seemed) going the rounds of all the shops and restaurants to be given handfuls of sweets to drop into the little plastic pumpkin-shaped baskets and other containers they carried. It was quite fun to see the steady stream of princesses, witches, ghosts and other characters trooping into the restaurant where we had dinner that evening to collect their treats.

That evening we ate at La Estaka. Although not the dearest restaurant in San Pedro, this is a bit smarter and pricier than some. Our original plan had been to come here on my birthday but we got seduced by Adobe that evening so came here on the following one. And while we liked both, I think I ended up with the better choice as my birthday dinner venue.

That said, I can certainly recommend La Estaka too, based on our one visit here. The restaurant is divided into several sections and we got a table in the first part, looking out through the open door to the main drag, Caracoles, where we could watch the Halloween Trick or Treating fun.

I had the salmon ceviche which was very good, and served in a sort of “deconstructed” style with dressing and hot sauce on the side, to be added to taste. Chris decided on a change from Chilean food (OK, he had pizza the other nights in San Pedro, so not much of a change!) and had the cannelloni which he also enjoyed. We had room for dessert, so I had the crème caramel and Chris the chocolate brownie – again, both very good. With my glass of wine and a beer for Chris our bill came to 46,000 pesos with the tip – the same as the previous night in Adobe where we had drunk a little more, but about average for San Pedro's smarter options.

Everyone loves the desert

Of course, the reason to come to San Pedro is the Atacama Desert itself, and that is what everyone in here to see – and I mean everyone! The things that drew you to the desert - starkly beautiful landscapes, interesting geological formations, unique wildlife - also draw others. San Pedro de Atacama is a major tourist hub, despite being relatively small. Its streets throng with visitors, its many restaurants and bars are often full, and when you drive out to the main sights you cannot expect to have these to yourself.

Our guide for our visit to the Salar de Atacama and lagoons, Daniel, did his best to make sure we stayed ahead of the crowds, with a prompt departure and carefully considered order to our visits, but even so there were places where others got in the way of our photos, raised their voices and scared away wildlife, or simply detracted a bit from the sense of isolation we all look for in a desert. You simply have to accept though that you are not the only person who wants to see these sights, and a little give and take (plus Daniel's careful planning) go a long way. 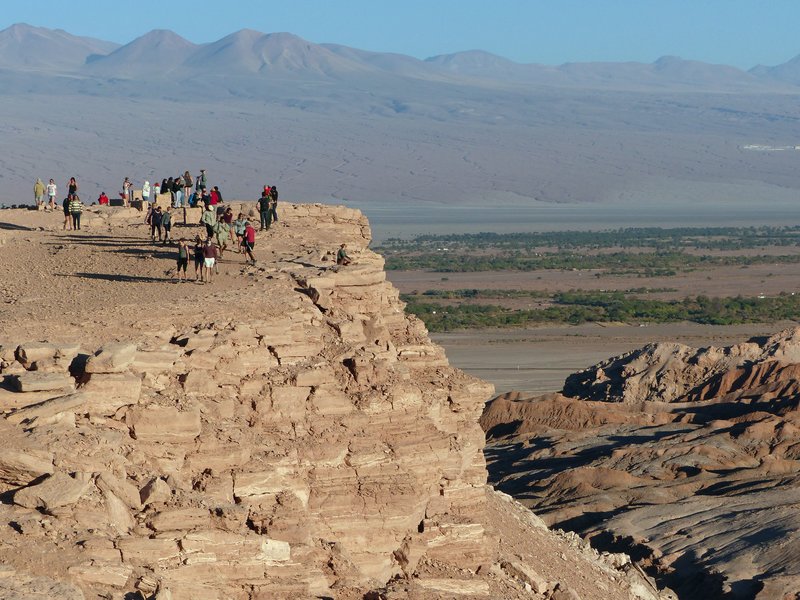