Why go to North Korea? 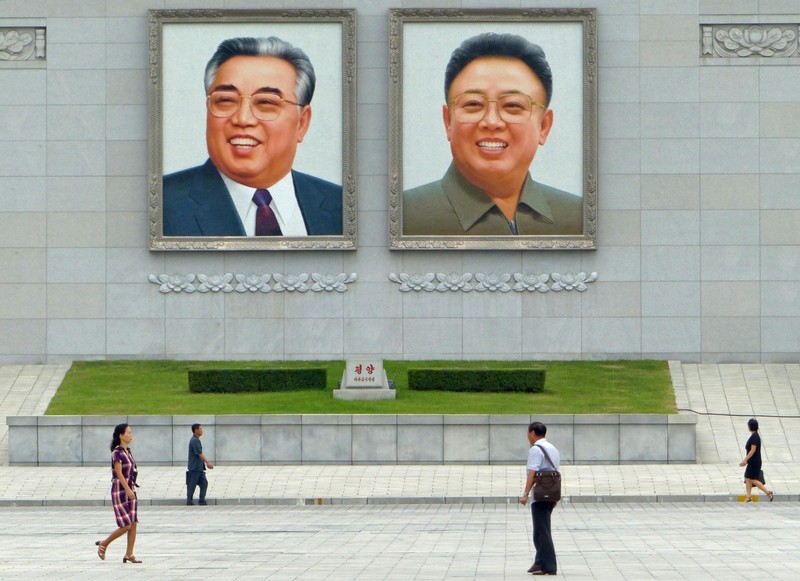 In front of the Grand People's Study House, Pyongyang

Why go to North Korea?

When I told people we were going to North Korea, or the DPRK as they prefer us to call it, I got one of three reactions. From our traveller friends, ‘wow, that will be interesting’. From others, either ‘why on earth would anyone want to go there?’ or ‘gosh, you’re brave – hope you come home again!’

So why were we going? For several reasons – because it would be different from anywhere we’d been before; because a friend had been and posted enthusiastic blogs about it (thanks Albert); because it’s one of those places people say you should see before it changes (although having been, I can’t see it changing much any time soon).

And while there I discovered other reasons to visit: the people are welcoming; the countryside is beautiful; Pyongyang is a city like no other, with bizarre modern architecture and a treasure-trove of the socialist-realist monuments I find so fascinating; there is more history than you might imagine, and so much to see and do. Where else will you find yourself visiting a war museum, a kindergarten, a mushroom-production plant, a goat farm, a water-park, an apple farm, a children’s holiday camp, numerous monuments, a mausoleum, a school, a ‘secret camp’, a sacred mountain, a supreme court, several waterfalls, a shooting range, an out-of-service ferry, a ski resort … and bowing deeply in front of huge statues (‘paying your respects’) in every city you visit. Where else can you watch an opera based in an ironworks, dance in the streets with locals and fly in what was once the private plane of the founder of a nation (Kim Il Sung)? 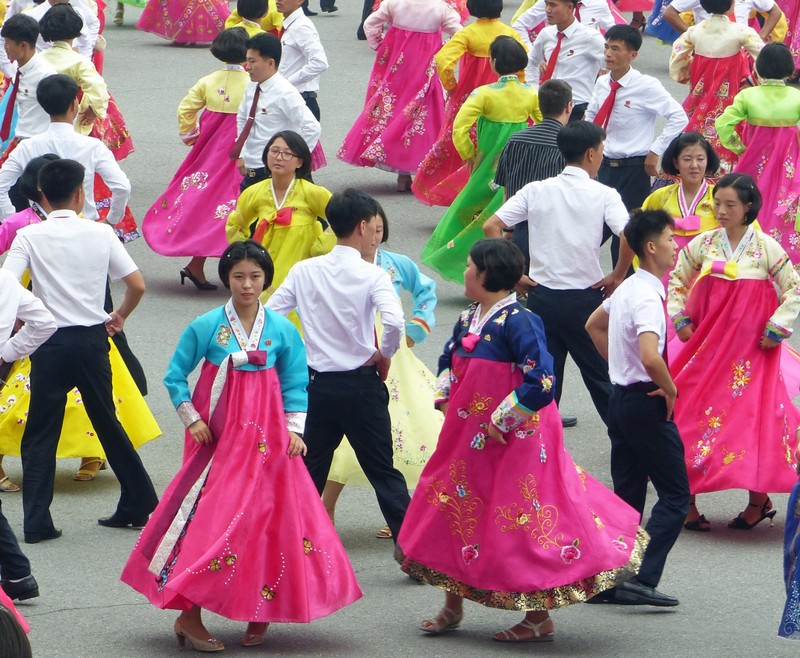 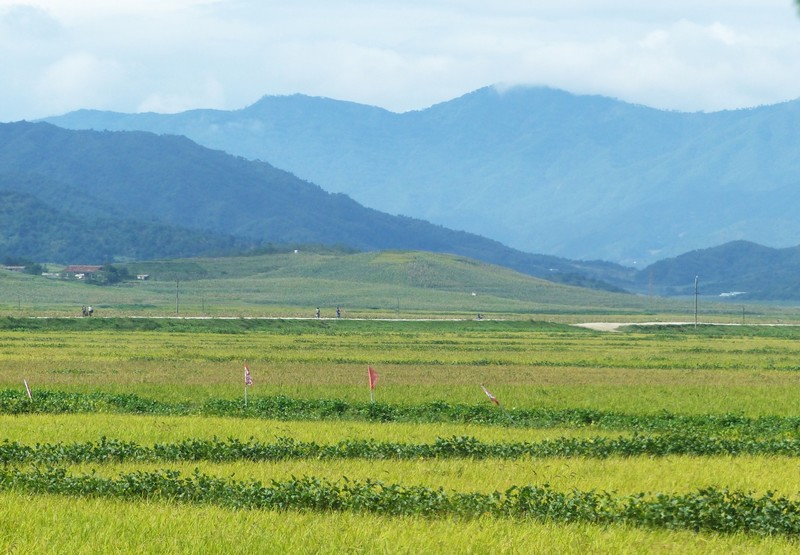 As to the ‘hope you come home again’ comment, well, clearly we did or I would not be writing this! Contrary to what some believe, visiting the DPRK is completely safe, so long as you’re happy to respect (that word again!) their rules. Think of it like visiting a place of worship for a religion you don’t follow or believe in; while you are in that building you will behave appropriately, I am sure. You will remove your shoes if requested, cover your head and/or shoulders, keep your voice low and only take photos if permitted. Think of a trip to North Korea as an extended visit to such a building and you won’t go far wrong! 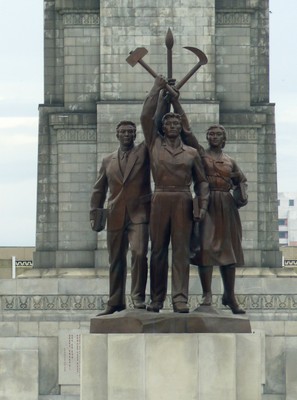 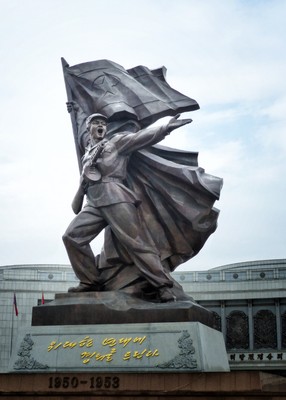 Monument at the Juche Tower, and at the Victorious Fatherland Liberation War Museum

There are of course some challenges in planning a trip to North Korea – you can’t just hop on a plane and go. Firstly, even if you usually prefer to travel independently, that isn’t an option here. You are required to have two Korean guides with you at all times – and I mean all. You won’t even be able to take a stroll around the block without being accompanied. We were told by our guide that this is for our own safety, as we don’t understand the language or culture there. But of course that is true of many other places we all travel to. The real reason is to ensure that you don’t have any inappropriate contact with locals: engaging them in conversation about the outside world, challenging their culture or politics, giving them ‘propaganda’ such as religious texts or books with a very different slant on history etc.

So forget any ideas about travelling around and exploring alone. You need either to join a group tour or plan to spend a lot of money on private guides, bearing in mind that you will need two of them plus a driver and will need to pay all their expenses. That would be fine perhaps for a short break in Pyongyang, the capital, but would be exorbitant for a lengthy tour involving flights, additional city guides, many nights in hotels and so on. We wanted to really see the country – take a deep dive, not just dip our toes in the water. After all, we knew we would be unlikely to return there, and I also knew from my research that Pyongyang is not typical of the rest of the DPRK. So a tour it had to be. 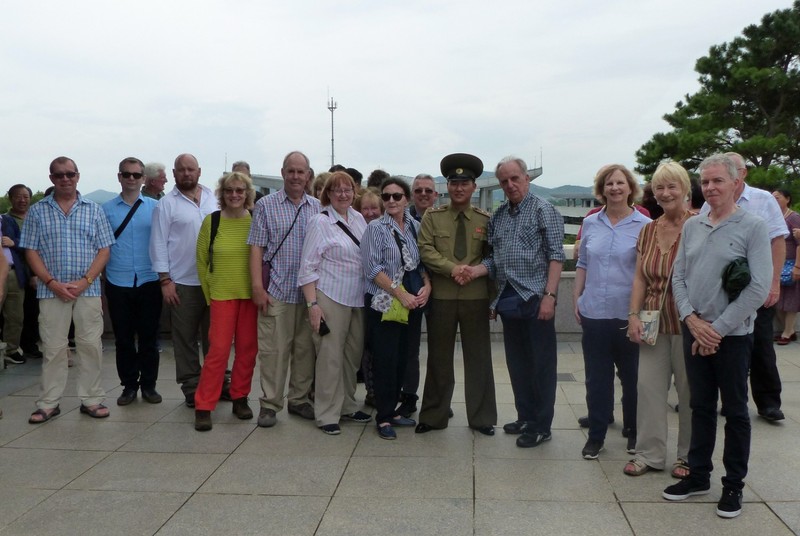 Our group at the DMZ

Furthermore, it seemed to me that it would be a huge benefit to travel with the additional support of a UK tour leader, who would understand our perspective on the challenges we might face and would be able to help us should we experience any problems. In choosing a tour with Regent Holidays we were able to benefit from the support, both before the trip and during it, of one of our country’s experts on travel to the DPRK, Carl Meadows. No doubt I will have more to say about him as I start to describe our adventures, but for now I will just say that our decision to travel with him was absolutely the right one for us. He was a fantastic tour leader, looking after us all very well and explaining a lot about the country as we went, as well as being super helpful at the planning stage.

Our choice of tour

The tour we chose was Regent’s Pioneering Group tour, the longest they offer, as that met our wishes to go further afield and see as much of the country as we could. The planned itinerary (at the time of booking) was:

Pyongyang, the capital
Kaesong and the DMZ (the border area with South Korea)
Mount Myohyang
Nampo and the West Sea Barrage
Mount Paektu, the nation’s most sacred mountain
Chongjin, an industrial city only just opening up to tourism
Hamhung and Wonsan, on the east coast
Masikryong (a ski resort)
And back to Pyongyang

By the time of departure, the order had changed somewhat, and it changed again several times while we were there, for various reasons, but we did visit all these places. Changes of plans are the norm in the DPRK, but Carl and our lead Korean guide worked hard to ensure that we saw all the main sights planned and much more besides. 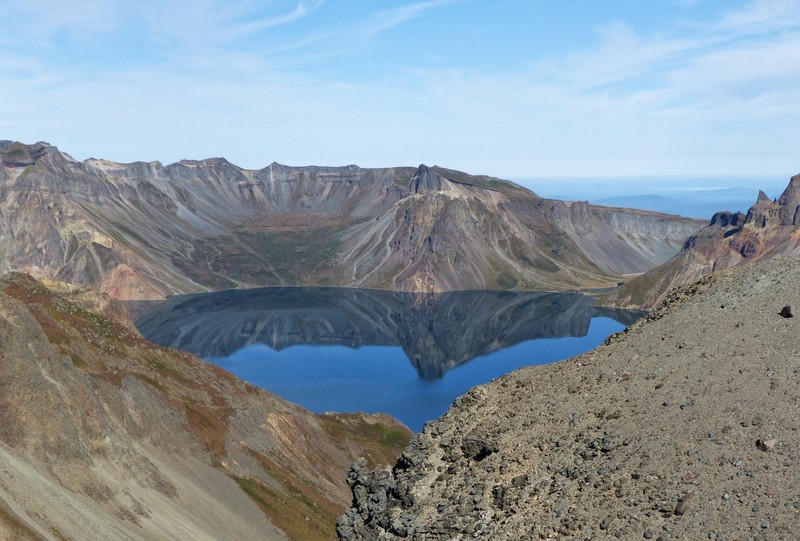 At the time of our travel the UK Foreign and Commonwealth Office advised against ‘all but essential travel to North Korea (DPRK)’ on the grounds that:

‘Offences that would be considered trivial in other countries can incur very severe penalties in North Korea, particularly actions the authorities deem to be disrespectful towards the North Korean leadership or government … Some foreign nationals have not been granted access to consular support when detained in North Korea.’

‘While daily life in the capital city Pyongyang may appear calm, the security situation in North Korea can change with little notice and with no advance warning of possible actions by the North Korean authorities. This poses significant risks to British visitors and residents.’ 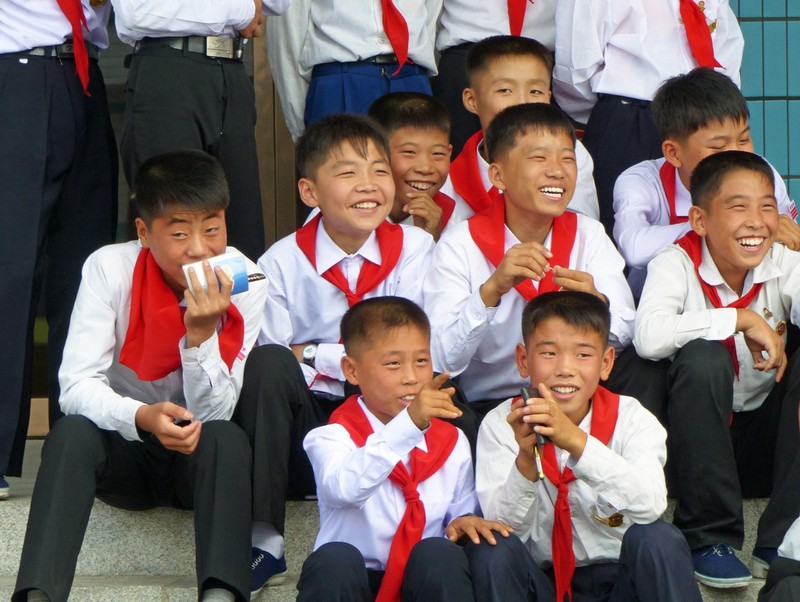 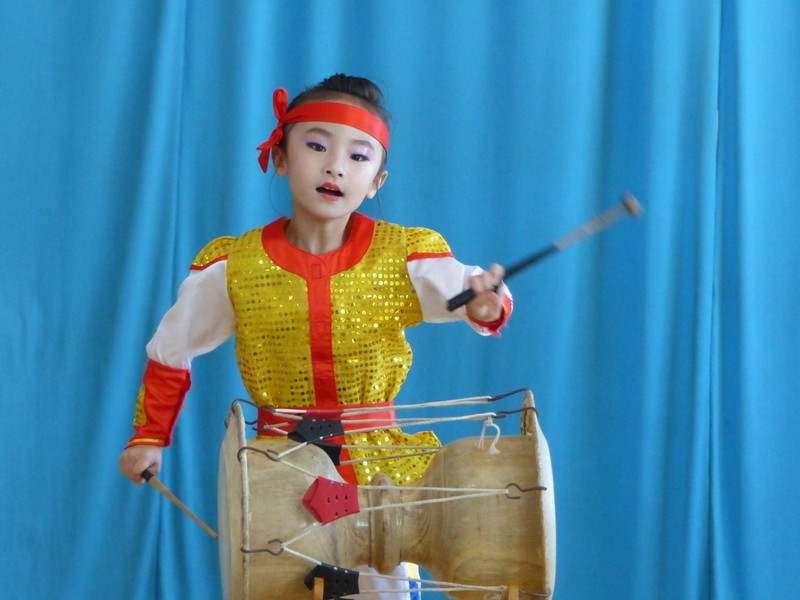 Nothing we read about travel there (the experiences of my friend Albert who had been, twice; advice from Regent and other tour companies) gave us real cause for concern, however. We were confident that if we travelled with a reputable company and were prepared to follow the rules, we would be safe. But we did need to take out additional specialist travel insurance, just in case, as our regular annual cover exempts travel to any country which the FCO advise you not to visit.

Regent include organising the visa in the cost of their tours but as we live very close to the embassy we decided to go and get our own to avoid having to trust our passports to the post. Chris rather liked the idea of being able to say he had been the first to set foot on North Korean soil, but as it turned out he was left standing on the pavement outside for 20 minutes (in last August’s blistering 37 degree heat!) while the paperwork was completed inside. And of course we did have to pay the £20 fee twice, although we saved a bit on postage!

As I understood it from Regent, if getting the visa at home before you leave it is always the in-passport type, whereas getting it in Beijing it is the separate card type. This does mean of course that the visa is now in my passport for all to see, and no doubt it could raise questions at border control on future trips. But the passport expires soon, and whether the visa is visible or not, I will need to declare my DPRK trip when applying for the US visa I will need next year (an ESTA is no longer an option for anyone who has travelled there since 2011). In any case, we were advised that it would be better to get our visas in advance to save having to do so in Beijing, which made sense to us.

Visa in hand, and insurance cover organised just in case, we were ready to go. But you can’t fly directly to Pyongyang from London (or indeed from many other places) so firstly we had to get ourselves to Beijing, where the tour arrangements would start. So that will be the location for my next few posts…

I travelled to North Korea with Regent Holidays on their Pioneering Group tour, which takes visitors to the parts that most other tours don’t reach!